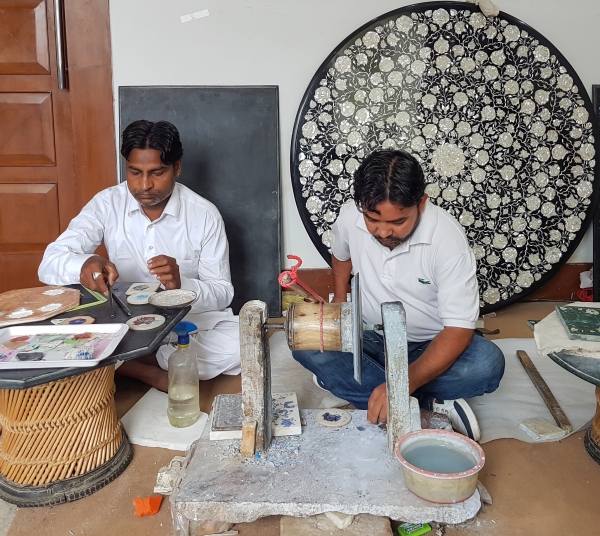 UP is emerging as India’s MSME growth engine

Active government intervention to facilitate ease of doing business and sector-specific policy measures is making Uttar Pradesh an engine of growth for the MSME sector in India. In a recent interview with Hindu Business Line, Niranjan Hiranandani MD & Co-Founder of Hiranandani Group mentioned how, apart from Tamil Nadu, Uttar Pradesh taking the lead in propelling the expansion of manufacturing in the country.

The state has set up an entire industrial corridor for defence production and is working toward providing faster approvals and permissions for businesses. Hiranandani said that along with TN, UP will take the lead in reviving manufacturing under the Production Linked Incentive (PLI) Scheme. Introduced early in 2020, Under PLI, manufacturers are given incentives for an incremental increase in production in domestic units.

In March this year, Prime Minister Modi had urged MSMEs to take advantage of the scheme, as it would tremendously ameliorate the ecosystem for small businesses by establishing ‘anchor units’ in each sector that would require a steady network of suppliers along the value chain.

Here are the top three recent advancements the MSME sector has witnessed in the state:

A. MSME exports from the state have increased by 38% since the government explored collaborations with e-commerce firms to boost the marketing of MSME products manufactured in the state. In a statement earlier this month, the Additional Chief Secretary of UP’s MSME department said that the state houses 15 percent of the country’s MSMEs, and over the past three years, some 1000 micro-enterprises, mostly handicraft based, have been launched on global marketplaces. The state government has partnered with both e-commerce majors - Amazon India and Walmart, for this purpose.

B. One District One Product Scheme (ODOP) is a stunning success -  The MSME focused One District One Product Scheme Launched by UP Chief Minister Yogi Adityanath in 2018 to promote and preserve ‘indegenous and specialized crafts of UP that are found nowhere else’. Despite the harsh impact of COVID-19, the program has contributed to a whopping 80% of the state’s ₹1.21 lakh crore exports in FY21, according to a recent news report in The Economic Times. Data from the MSME department shows that over eight lakh units were set up in the past eight months. The government has readied plans to double the production and exports of ODOP products over the next five years, the report says.

Envisioned as a means to drive economies of scale through cluster-based production, the ODOP scheme supports 62 products across 75 districts -  such as jaggery from Ayodhya, wooden toys from Chitrakoot, and sports products from Meerut.

Working through multiple national and international, private, and public sector organizations, the state government is nurturing one or few products that a particular district is known for. The MSMEs, mostly micro-enterprises, have access to physical infrastructure, quality control, packaging, and marketing, apart from technical training to keep their production updated. The state government is also establishing 'Overseas Trade Promotion and Facilitation Centres' across all the districts to support the program, the Economic Times report states.

C. Ease of doing business -  A remarkable feat that has contributed to UP’s economic upturn is the drastic escalation of the state’s ease of doing business from the 12th to second position in four years. The rewards for overhauling bureaucratic inefficiencies and complexities is finally paying off - big brands both from home and abroad, are moving their greenfield project to UP.

Take, for instance, the food processing industry. Climatically diverse, UP is the leading producer of several agricultural products, including potatoes, mangoes, and sugar cane. Thanks to its strategic location, anyone who sets shop in the state has access to 50% of the nation’s market - no small feat in a domestic demand-intensive country like India. Despite these obvious advantages, the food processing sector was languishing until 2017, when UP Food Processing Industrial Policy was introduced, says this interesting piece in The Economic Times. A plethora of Food and Beverage companies are making a beeline for the state.

US-headquartered Pepsico has established its single biggest greenfield investment at Kosi Kalan. The plant aims to source over 1,50,000 tonnes of potatoes from local farmers to produce the famous Lays chips. UK-based baking ingredients maker AB Mauri, Haldirams, Britannia Industries, and Patanjali are other brands that have either launched or ramped up investments in the state.

Small enterprises involved in the production of the aromatic and famed rice known as Buddha Rice, (the variety that is supposed to have been blessed by Gautama Buddha on his way to Kapilavasthu), are finding takers in Buddhist nations in SouthEast Asia.

The government is also planning to establish another food park and revamp the food processing policy to attract new players, a government official was quoted as saying in the ET news report.

D. Information Technology (IT) is another sector that is rapidly increasing penetration in the state. As per a report in India Today, the investor-friendly policies of the state government have many international players eyeing the state to invest in data centres, electronics, and logistics sectors. The number of mobile phone manufacturing units in the country has increased to over 250 now from just two in 2014, says a recent report in The Economic Times, quoting government sources.

ST Telemedia Global Data Center (STT GDC) has set up a greenfield data centre at NOIDA, while Microsoft and Japan-based NTT and Indian real estate major Hiranandani Group have procured land to set up data centres in the state. These companies have also shown interest in investing in the state’s MSME sector and establishing a Skills Centre to improve opportunities for the local population, the report says.

After having met the target of the state’s Electronic Manufacturing Policy launched in 2017 in the third year itself, the state government unveiled a new policy last year. The policy has an investment target of INR 40,000 Crore over the next five years and outlines the establishment of three electronic manufacturing clusters for defence, medical devices, and an electronics city, a government official had told in August.