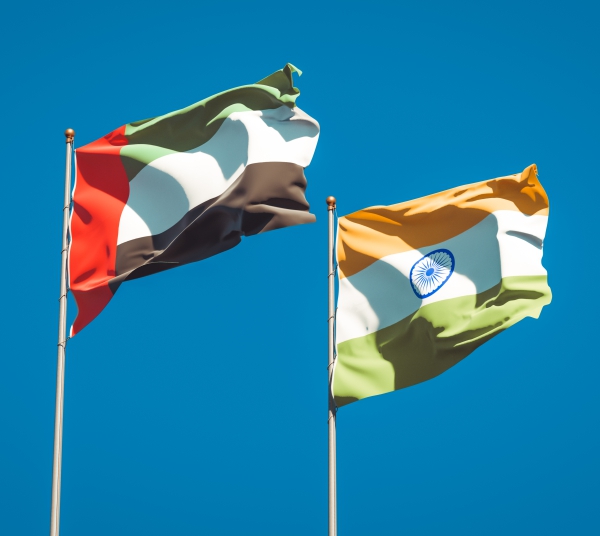 UAE-India trade agreement to start from May, boost MSME exports to region

Even as FTA opens up India’s government procurement, MSMEs are protected

The historic Comprehensive Economic Partnership Agreement (CEPA) signed between India and the United Arab Emirates in February this year, is expected to roll out on May 1, 2022, a report in The Indian Express says.

The deal, which aims to double bilateral trade between the two countries from the present USD 43.3 Million to over USD One Billion by 2030 will catalyze India’s export potential, particularly in labor-intensive sectors with prominent MSME participation, such as gems and jewelry, textiles, leather, footwear, sports goods, engineering products, medical devices, and automobiles, the report says.

The agreement provides a zero tariff entry for Indian exports to the UAE, which were earlier subjected to a duty of 5%. The negotiations seem to have favored India, as UAE will provide ‘preferential access’ to 99 percent of Indian exports along 97% of tariff lines, while UAE will be reciprocated with preferential access to 90% of the Indian import market. UAE has also promised to set up a dedicated India Mart at the Jebel Ali Freezone.

The deal is significant on multiple fronts. Firstly, it signals a deepening of the partnership between India and UAE, which is India’s second largest export market by trade volume and third largest partner in bilateral trade by value.

Unlike an FTA, the CEPA deals not just with the elimination of duties, but a gradual yet widespread reduction of trade barriers between the two nations. As per the text of the agreement released to the media, the India - UAE CEPA covers trade in Goods, Rules of Origin, Trade in Services, Technical Barriers to Trade (TBT), Sanitary and Phytosanitary (SPS) measures, Dispute Settlement, Movement of Natural Persons, Telecom, Customs Procedures, Pharmaceutical products, Government Procurement, IPR, Investment, Digital Trade and co-operation in other areas.

What has raised eyebrows is the inclusion of government procurement in the agreement, an area which India has been wary of exposing to the international market, as it is served primarily by fragile sectors, such as MSMEs. Despite being a signatory of the WTO’s procurement agreement, India has only been an observer thus far since 2010.

Government procurement was in fact, one of the main reasons why India’s previous bilateral trade agreements have stalled. In a move that was seen as isolationist, India even walked away from the Regional Comprehensive Economic Partnership,  involving the ASEAN and ten other countries, including China.

Even as industry insiders seemed surprised and disappointed to have been excluded from consultations about government procurement in the India - UAE CEPA, it appears the government has been cautious in opening up this area for the first time in any such bilateral trade agreement. The CEPA reads that only those tenders worth over INR 200 Crore will see both Indian and UAE firms participate for bidding. The criteria is kept in place to ensure that MSME suppliers are not hurt by this seeming volte-face in trade policy, says another Indian Express report.

India’s change in attitude toward government procurement - the first ever such move by the country, sends out a strong signal that the country is moving away from the image as a protectionist economy - the India-UAE CEPA means that the present bilateral agreement with Japan will have to be altered to include government procurement, which may also feature in future deals with the EU, UK and Canada, the report said.

The second reason why the India-UAE CEPA deal is significant is that this is the first such agreement signed by the UAE with any of its international trading partner, a fact that may help India restore the balance of trade with the West Asian nation. The clauses about pharmaceuticals (UAE will provide market access in 90 days to pre-approved pharma products) and food products (with UAE being an importer of food due to its arid geography, Indian agri producers will now greater market access) indicate that India’s traditional manufacturing strengths will receive a further shot in the arm with the agreement. Small businesses in the service sector can also cheer as fintech and edtech are among the 11 service sectors that can carve out greater market share in the region.

Lastly, the India-UAE CEPA is expected to play a strategic role in drawing the new, bolder frontiers of India’s foreign trade and reiterate India’s foreign policy stand on the growing prominence of multipolarity and multilateralism. With this agreement, India is already part of what is now being dubbed as ‘Middle East Quad’ that comprises the US and Israel in addition to Gulf nations. It could also lead to a reboot of the stalled FTA with the Gulf Cooperation Council, that will open up markets in Africa, particularly for India’s pharmaceutical sector. For MSMEs, this simply means better market opportunities are in store, if they are up for the challenge of harmonizing their Global Value Chains, as indicated by this analytical piece.