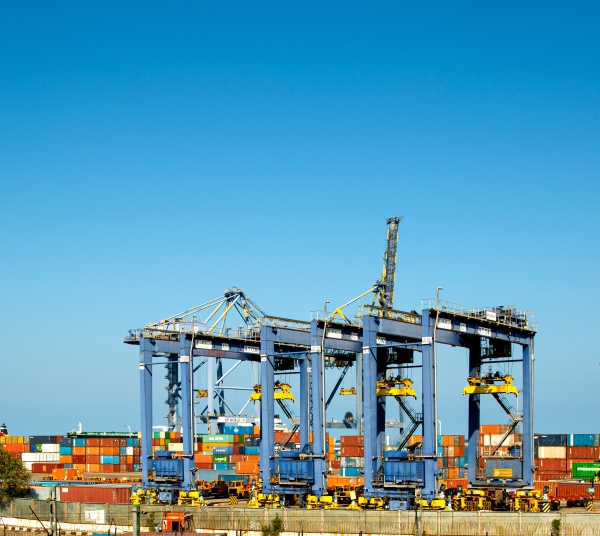 Turbocharging the MSME sector is a critical strategy the Tamil Nadu government has employed to forge economic growth. Through a multi-pronged approach of providing sector-specific financial incentives, subsidies, infrastructure, single-window clearances for approvals, FDI inflow, and marketing support, the state is leaving no stone unturned to emerge as the most attractive destination for MSMEs. The state’s MSME Policy 2021 released earlier this year has laid out the target of attracting INR Two Lakh Crore investments in the sector by 2025 and increasing the export contribution of the sector by 25%.

Let’s take a look at some of the recent advancements in TN’s MSME sector:

1. Salem-based MSME Aerospace Engineers Private Limited has won a long-term contract to manufacture and supply critical aerospace parts for aviation major Boeing, says this news report. To meet the demands of the contract, the company will expand its Salem capacity and set up an additional facility in Hosur, generating new employment opportunities for 1000 people.

The contract is a symbol of ‘quality, precision, and collaborative culture of MSMEs in Tamil Nadu’, the report says, adding that the project would strengthen the prospects of the Tamil Nadu Defence Corridor

2. The state government is revved up to take its export potential several notches higher. In the Tamil Nadu Export Promotion Policy announced in September, the Chief Minister chalked out the state’s ambition to become a USD One Trillion economy by 2030, which would mean raising the exports from the current USD 26 Billion to 100 Billion. In line with its “think MSME First” approach to policy design, the government has outlined several export-oriented measures that will benefit MSMEs:

A. Tamil Nadu’s Micro Small and Medium Enterprises Trade and Investment Promotion Bureau (M-TIPB) has collaborated with e-commerce major Walmart via its Indian vehicle Flipkart for promoting the state’s MSMEs on the global online marketplace. Through a supplier development programme, intensive training will be provided to MSMEs to ramp up their capabilities and become part of national and international value chains, a news report said. 10 other MoUs were signed by the MSME department to aid the sector.

C. The government is intent on diversifying the export basket to drive export volume and value. Apart from sectors such as apparel, footwear, auto, chemicals, steel and general manufacturing, the state will also increase investments in upcoming sectors, such as food processing, electric vehicles and defence. The government is planning to set up a first-of-its-kind ‘International Furniture Park’ in Tuticorin.

3. The pandemic has prompted the reverse migration of talent to Coimbatore, which is witnessing a boom in Software-as-a-Service startups, says this piece in The Times of India. SaaS major Zoho, which catapulted Chennai as a global software product development capital, is planning to set up three new centres in Coimbatore. The availability of high-quality talent from notable engineering colleges in the city and government support in developing IT/ITeS in tier two cities is beckoning startups with global impacts, like Kovai. co, to expand its operations in Coimbatore. With annual recurring revenue of USD 10 million, Kovai. co has recorded an astounding 300 % revenue growth during the pandemic, the report says.

4. Multiple industrial clusters and parks are on the cards to promote ‘balanced industrial growth’ in the state, says a report in The Times of India. The Tamil Nadu Small Scale Industries Corporation Limited (TANSIDCO) will set up four industrial clusters in Manaparai (Trichy), Sakkimangalam (Madurai), Kodur (Chengalpet) and Kaverirajapuram (Thiruvallur). Here are other parks on the anvil:

A. The government plans to set up 100 facility centres and 15 mega clusters to bolster the start-up ecosystem.

B. A private industrial park in Coimbatore will be established by the Coimbatore Sidco Industrial Estate Manufacturers’ Association (COSIMA).

C. A polymer park is set to come up near Ponneri (Chennai) to cater to the polymer industry.

D. A sculptor’s park in Chengalpet to support 100 artisans directly and 1000 indirectly.

E. Cotton Corporation of India will establish cotton depots in Salem, Madurai, Virudhunagar and Coimbatore after the government abolished the one percent cess on cotton and cotton waste products.

5. The government is taking multiple steps to address MSME pain points. Just this week, the government directed all its PSUs, municipal corporations, and apex co-op to join the platform for settling bills of their MSME suppliers on the Trade Receivables Discounting System (TReDS) platform, says this report in the Hindu Business Line.

As per the MSME Policy Note tabled in the state assembly in September, the government has announced plans to create an additional District Industries Centre in the newly created district of Mayiladuthurai, says this report. The DICs in the current 37 districts function as one-stop-shops to help entrepreneurs in identifying viable projects, preparing project reports, obtaining clearances and licenses, tying up financial support for their ventures through government schemes, the report says.