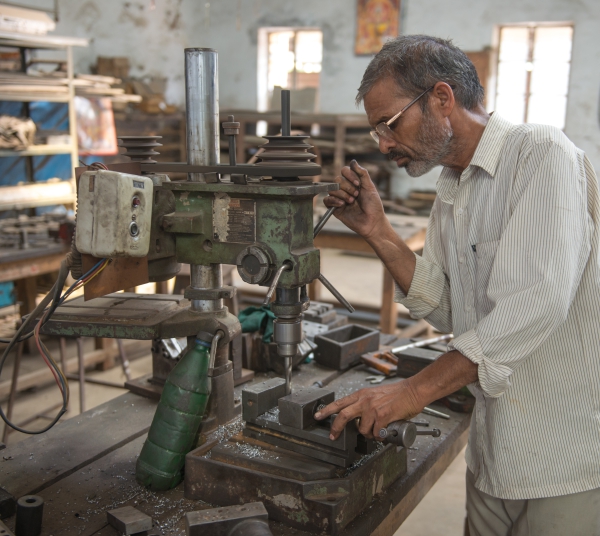 Under the programme, enterprises in the services sector can avail funds for technology upgradation, and there is a special 25% capital subsidy for procurement of plant and machinery and other service requirements for SC-SCT MSEs, without any sector specific restrictions, according to a media statement from the government.

MoneyControl reported that the announcement was welcomed by MSME Associations and industry insiders, who felt it was an important measure to help pandemic-hit MSMEs recover their footing. They could also now become part of the mass wave of digitalisation which evolved as an imperative coping mechanism to deal with the economic fallout of the COVID-19 crisis.

Speaking to the portal, a representative of a New Delhi-based MSME association pointed out how, as technology is expensive, it is difficult for small businesses to install digital transformation infrastructure. The scheme would help achieve this goal, which will further increase their global competitiveness.

A member of the All India Council of MSMEs remarked that in the post-pandemic world, ‘any scheme that incentivises MSMEs to scale up and use better technology’ was a step in the right direction. While helping bridge the credit gap, the scheme will boost innovation among MSMEs, who have experienced a drop in domestic demand, said another industry insider.

The announcement comes three months after the government's surprising discontinuation of the Credit Linked Capital Subsidy Scheme for Technology Upgradation (CLCSS - TUS) in August 2021. The MSME community was quick to raise concern and call for the widely popular scheme to be reinstated.

Without the support of the scheme, small scale manufacturers, who do not have a skilled labour force, cannot afford to invest in technology, which will have repercussions on production and product quality, MSME associations said. It was later clarified by government sources that the scheme was only temporarily halted, and would be brought back with some modifications. It remains to be seen what shape these alterations will take in the newly announced scheme.

The CLCSS-TUS was introduced in 2000-2001 to help MSMEs increase competitiveness through enhanced manufacturing outcomes by accessing well established technologies. One of its components under the scheme was Capital Linked Subsidy Scheme, where eligible SMEs could get a capital subsidy of 15%, amounting to a maximum of INR 15 Lakhs for deploying modern technologies and production equipment. Apart from improvement in productivity and product quality, technology upgradation also includes superior working and environmental conditions, such as anti-pollution measures, energy conservation and better packaging.

Technology upgradation as a ‘significant step up from the present technology level to a substantially higher one involving improved productivity, and/or improvement in the quality of products and/or improved environmental conditions including work environment for the unit. It would also include installation of improved packaging techniques as well as anti-pollution measures and energy conservation machinery.’

In addition to the fund, the government announced a series of subsidies under the scheme to support technology upgradation through various initiatives, including Intellectual Property Rights, Zero Effect, Zero Defect, support of managerial and entrepreneurial capabilities through incubators, lean manufacturing, design expertise and digital cloud adoption.

As per the scheme structure, financial assistance was available to medium and small industries willing to scale for existing or new projects, in the form of loans from approved nodal banks, agencies and approved institutions.

The policy document says that the subsidy would be kept in the form of a Term Deposit Receipt (TDR) for three years by the bank after release by Office of DC (MSME) in the beneficiary's account. The beneficiary unit is expected to run production for at least three years after installing plant and machinery for which the subsidy has been availed. The TDR is then transferred to the beneficiary’s account after three years.

A total of 15,213 SMEs were supported by the scheme until it was halted in August 2021, the highest number in five years, the MoneyControl report said.