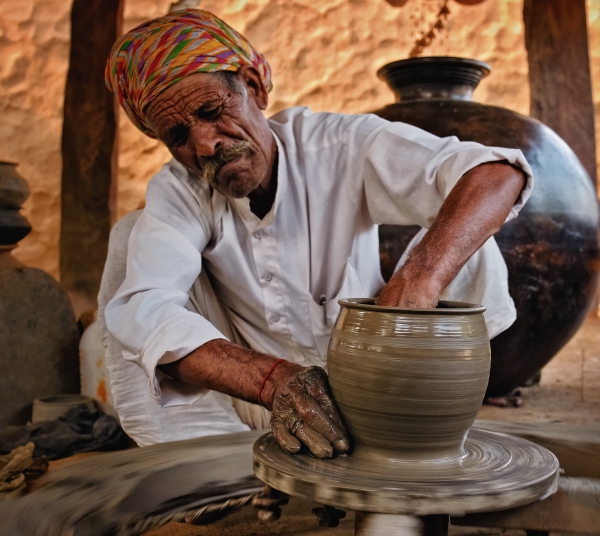 With an aim to increase the contribution of MSMEs to the state’s GDP as well as export basket, the Rajasthan government unveiled the MSME Policy 2022, multiple media reports say. The policy released by the state’s Industries Minister Shakuntala Rawat, has an investment of INR 10,000 Crore and seeks to establish 20,000 new MSME units in the state, while creating 1,00,000 jobs, a report in newswire PTI says.

Presently, the share of the MSME sector in the state’s overall exports stands at 24.50 percent, worth INR 75,000 Crore in FY 2021-2022. The sector has generated a little over 33 lakh jobs in the past four years, the PTI report says.

Apart from providing financial and technical support to the new MSME sector, the state government has also promised to relax regulatory controls in the new MSME Policy. For instance, the policy states that regulatory approvals and inspections will not be required for five years to encourage hassle-free establishment of new units.

This is an improvement from the state’s MSME Policy 2019, where the relaxation limit for clearances was three years, a statement from the government said, reports PTI. The government will also establish a state-level monitoring committee, to ensure better implementation of the policy, the statement said.

Considering the high concentration of handicrafts units in the state, the Rajasthan Government also simultaneously released an exclusive Handicrafts Policy in support of these units. The Handicrafts Policy has set an ambitious goal of reviving crafts that are in danger of extinction.

As per the ‘List of Endangered Crafts’ identified by the Development Commissioner, Ministry of Textiles, Government of India, there are five such crafts that are in need of support for revival in Rajasthan -  Kavad (portable shrines with folding doors), Warak (printing in silver), Danka (gold and silver embroidery), Mend ki Chapai (textile block printing) and Split Ply Braiding (coir or cotton based equipment for camels).

Enlisting the assistance that will be given to the handicraft artisanal units under the new policy, the government has planned a multi pronged approach to address the gaps in the sector in terms of infrastructure by setting up handicraft parks, museum, design centre and improving facilities with the Crafts Village.

For financial support, the government will provide loans, scholarships and social security. For sales and marketing support, the state government will extend services to develop brand building, online marketing and participation in trade fairs. A ‘Handicrafts Week’ will also be held to promote these crafts, the PTI news story said.

To provide filip to the MSME Sector, along with the rest of the state’s industrial capacity, the state government has also planned an ‘Invest Rajasthan Summit’ in Jaipur between October 7 and 8, 2022. The government is “working on a war scale” to convert the intent of investments into reality, Veenu Gupta, Additional Chief Secretary, Government of Rajasthan, was quoted as saying in an official statement.