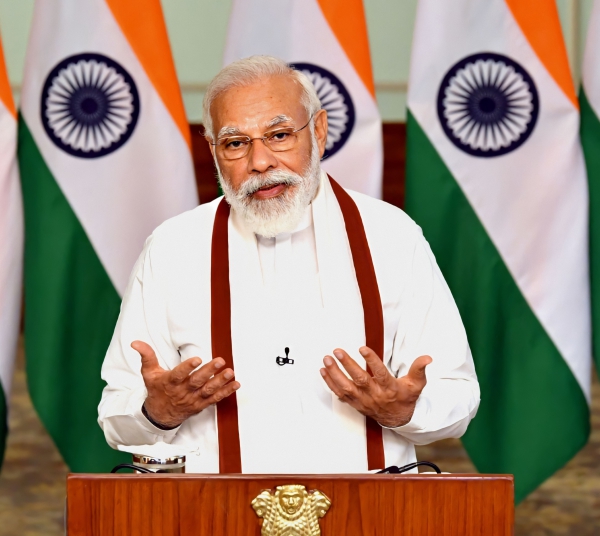 Prime Minister Narendra Modi on Thursday launched a slew of schemes to benefit the MSME sector, a press statement from the Prime Minister’s Office said. The schemes were launched under the umbrella of the Udyami Bharat programme, which represents the efforts of the government right from its inception, to promote the growth of MSMEs in the country, the statement said.

The three schemes unveiled by the Prime Minister include - the Raising and Accelerating MSME Performance (RAMP) scheme, the 'Capacity Building of First-Time MSME Exporters' (CBFTE) scheme and some new additions to the Prime Minister's Employment Generation Programme (PMEG).

With an outlay of INR 6000 Crore, the RAMP scheme aims to provide financial support to expand the existing MSME schemes implemented by various state governments, both in terms of coverage and acceleration of benefits to MSMEs. The RAMP scheme is also intended to complement the government’s flagship self-sufficiency programme - Atmanirbhar Bharat.  In this regard, RAMP will aid in improving quality control standards, practice and processes, increase market access and strengthen implementation of technology, especially Industry 4.0, which will ultimately lead to greater innovation and incubation of new entrepreneurial ventures, the statement said.

This scheme proposes to encourage MSMEs to enhance opportunities for MSMEs to participate in the global value chain by encouraging them to grow their market potential.  As the preliminary step to this process, the scheme will work towards enabling the MSMEs to align their products and services with international quality norms.

About new additions to PMEGP

The maximum project cost for manufacturing has been raised to INR 50 Lakh from INR 25 Lakh and INR 20 Lakh from INR 10 Lakh in the services sector. Apart from including applicants from aspirational districts, transgenders are also included as a special category of applicants eligible for subsidies. MSMEs will also be given all-round support through technical, banking and marketing expertise.

Speaking at the event, Prime Minister Narendra Modi reiterated the crucial role played by MSMEs in fuelling India’s economic growth, and outlined measures taken by the government to support this sensitive sector. One of the most significant moves to protect and nurture the sector is the government’s decision not to seek for global tender for less than INR 200 Crore for government procurement, and that it was up to the MSMEs to drive up their contribution to ensure that the government must raise the cap to INR 500 Crores, a report in Mint said quoting the Prime Minister.

Nearly INR 500 Crore have been transferred digitally to 18,000 MSMEs across the country under the PMEGP scheme, the Prime Minister said, congratulating the MSME sector for its performance. Efforts were also on to create a local supply chain in the country for MSMEs to reduce dependence on imports of raw materials, he added.

Other events on the agenda also included the announcement of the results of the MSME Idea Hackathon 2022 and distribution of the National MSME Awards 2022. While each selected MSME incubated as part of the Idea Hackathon will receive INR 15 Lakh for every approved idea, the National MSME Awards were given to select MSMEs for their ‘outstanding contribution’, the release said.