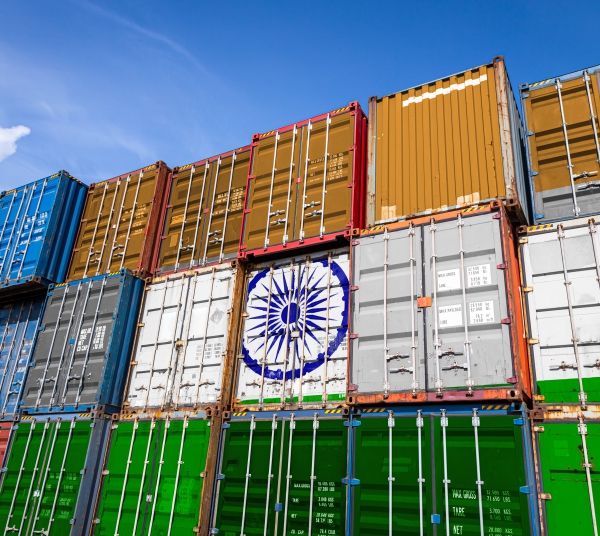 PM Credits MSMEs Too, As India Hits Highest Ever Export Target of $400 Bn

In a historic feat, India’s exports have crossed USD 400 Billion in FY22, for the first time ever. The ambitious target, which was set for the present fiscal year, was achieved with ten days to spare, says a report in The New Indian Express. By the end of March, the figure is expected to touch USD 410 Billion, a jump of more than USD 100 Billion from the previous fiscal and even surpassing the pre-pandemic level of USD 330 Billion in 2019.

Hailing the landmark in a tweet, Prime Minister Narendra Modi called it as a “key milestone” in India’s “Atmanirbhar journey”, and credited the success to MSMEs, weavers, farmers, manufacturers and exporters. Meanwhile, Commerce and Industry Minister Piyush Goyal confirmed that India’s exports to leading markets also saw a substantial increase - outbound shipments to the UAE increased by 65%, and to the U.S. by 46%.

Multitudinous factors, such as the commodity price hike, the resurgence in global demand following the fall in COVID-19 cases, and expansionist monetary policies adopted by importing countries revved up the demand for Indian exports, the report says, quoting experts.

Spurred by a sharp rise in crude oil prices, petroleum products saw an astonishing increase of 147% in growth rate, while the export market for engineering goods comprised the lion’s share of the country’s export basket. The segment is expected to touch USD 110 Billion by the end of fiscal year 2022. Electronic goods and the gems and jewelry sector also registered remarkable increases in growth at 48.2% and 57.3% respectively, the Indian Express report says.

Despite the fall in commodity prices in the auto and agriculture industries for example, products like buffalo meat, rice, auto components and motor vehicles have seen an uptick in exports during the fiscal, experts pointed out.

With the bread baskets of Ukraine and Russia heavily impacted by the military escalation between the neighbors, India is expected to break the previous record of agricultural exports like wheat and maize - amounting to 7 million tonnes, higher than the 2012-13 record of 6.5 million tonnes, says this Hindustan Times report.

What’s interesting and alarming however, the frenetic rise in exports is also accompanied by a galloping increase in imports - which have also broken records to touch USD 589 Billion, mounting pressure on the trade deficit. The armed conflict in particular is expected to skyrocket India’s demand for oil, both energy and edible - which account for 80% of the demand, says this report in The Hindu.

To aid the fragile MSME sector in tiding over the yawning steel crisis brought on by the twin pressures of the pandemic and the present Russia-Ukraine war, the government has spoken to the steel companies, who have agreed to provide a discount of INR 2000 -2500 per MT, says a report in The Economic Times.

On March 28, MSME Minister Narayana Rane told the Rajya Sabha that the government is ‘taking appropriate steps’ to deal with the situation that may arise due to the war, and that the actual impact of the conflict on MSMEs, including the imposed sanctions on Russia, can be assessed only after the situation stabilizes, a report in The Financial Express Online said, quoting the Minister.