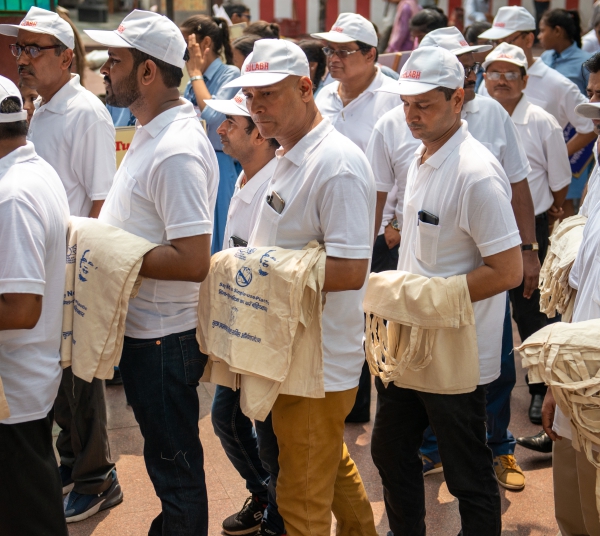 One month on, MSMEs Hit Hard by Ban on Single-use Plastic

Govt. steps up awareness efforts on alternatives to ease transition.

The ban on single-use plastic, in effect from July 1, 2022 has thrown the MSME sector into a crisis, as firms tackle multiple challenges arising from the notification issued by the Ministry of Environment, Forest and Climate Change. The notification, which was tabled in August last year has banned the use of 19 single-use items such as plates, cups, glasses, knives, forks, earbuds, flags and PVC banners of less than 100 microns, multiple media reports say.

In an overarching decision, the notification has clearly imposed a prohibition on not just manufacture and sale, but also import, stocking and distribution of the identified single-use plastic items. The rationale behind the ban is that these items have “high littering and low usage potential.”

What has been the effect of this ban on MSMEs? For starters, it has immediately impacted MSME firms that manufacture such items. Single-use plastic makes up one third of the INR 1,250 - 1,350 billion worth plastic industry in India, and MSMEs account for nearly 75% of the production units involved in their manufacture, a report in The Financial Express says.

Over the past two years, the government has imposed bans on plastic bags - in September 2021, plastic bags less than 75 microns in thickness were outlawed. In December this year, the ban on plastic bags of thickness of less than 120 will come into effect. These successive moves to phase out the use of plastic have had an impact on the MSME driven plastic industry.

As per research by capital market company CRISIL, 10-15% of units that were involved in exclusive manufacture of single use plastic bags were forced to shut down due to the elimination of the item, the Financial Express report says, quoting data from CRISIL.

The All India Plastic Manufacturers Association has also sounded alarm bells, stating that as many as 88,000 units involved in production of single-use plastic items are in danger of going out of business, a report in YourStory says.

Secondly, the notification will have a “cascading effect” across the value chain, the Financial Express report points out, noting that the ultimate result will be in higher cost to the consumer, as the alternatives for single-use plastic items is generally at least twice or thrice more expensive.

However, in the long run, this will work out in favour of the MSME sector, environmental experts say. Niranjan Khatri, Founder of environmental training organisation iSambhav was quoted as telling in the YourStory that when over one lakh MSMEs were forced to shut down in Delhi a couple of years ago due to poor industrial practices, it lead to an improvement in air quality, as these units changed their way of functioning.

The government has also stepped up to create awareness about alternatives for single use plastic. In a reply to the Lok Sabha, MSME Minister of State Bhanu Pratap Singh Varma said that in an effort to implement the government’s Comprehensive Action Plan to completely eliminate single-use plastic items and encourage its replacement with natural packaging materials made out of jute, paper and glass.

The MoS said that the MSME-Development and Facilitation Office (DFO) has so far conducted 51 awareness programmes and webinars on plastic waste management and recycling. Further, the Central Pollution Control Board (CPCB) has established a core committee to conduct training programmes for MSMEs on alternatives to single use plastic, a report in the Financial Express says, quoting the MoS.