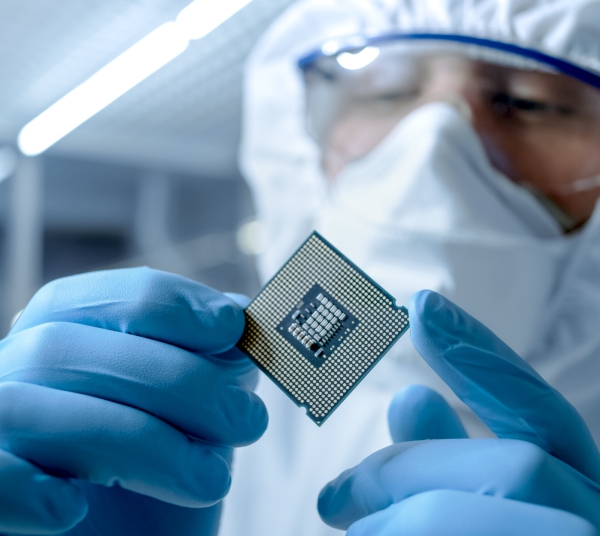 Central Govt. had invited MSMEs to participate in the PLI Scheme for semicon devt.

In what is touted to be as the ‘biggest ever corporate investment’ since India’s independence, the state government of Gujarat entered into a Memorandum of Understanding with Taiwanese electronics manufacturing giant Foxconn and Indian multinational mining company Vedanta, for establishing a semiconductor and displaying manufacturing plants in the state worth INR 1,54,000 Crores, multiple media reports say.

Commenting on the agreement, Prime Minister Modi said that the investment would empower the local economy, create new jobs and most importantly, set up an ecosystem for ancillary industries, thereby boosting the MSME sector, which plays a major role in supporting the manufacturing sector, a report from KNN says, quoting the Prime Minister.

In fact, the global supply chain crisis in the wake of COVID-19 that disrupted the flow of this critical input is the main reason why there was a severe impact on the auto, electronics and even the banking sector, which requires the chip to produce debit and credit cards.

Considering that Gujarat was the only state government to have an ‘exclusive semiconductor policy’, Vijay Nehra, Secretary of the Science and Technology Department, Government of Gujarat, was quoted telling newswire PTI that the state government will extend both fiscal and non-fiscal incentives and fast-track the necessary permissions and clearances required to set up the plant, reports Outlook. The central government has also assured that it would provide incentives for the plant under the National Semiconductor Mission, which envisions a long-term strategy to enable India to emerge as a semiconductor and display manufacturing hub, the report says.

The plant, which is expected to begin production in two years, will be set up on a 1000 acre land area and is expected to generate 100,000 jobs, reports NDTV. While Foxconn will act as the technical partner, Vedanta will finance the project, the report says, stating that the two partners will coordinate with the state government to establish “high-tech clusters with exquisite infrastructure, including land, semiconductor-grade water and power”, a joint statement by the companies, as per the NDTV report.

Vedanta is the third company to invest in semiconductor manufacturing in India, after the International Semiconductor Consortium (ISMC) - a joint venture between Abu Dhabi-based Next Orbit and Israel based Tower Semiconductor announced in May 2022. This would establish India’s first chip making plant in Karnataka and Singapore based IGSS in July this year and would set up a semiconductor plant in Tamil Nadu.

In January this year, the central government had invited applications from MSMEs and startups to participate in the INR 76,000 Crore Production Linked Incentive (PLI) Scheme for developing a semiconductor and displaying an ecosystem in India under the Chips to Startup (C2S) programme, reports FEAspire.