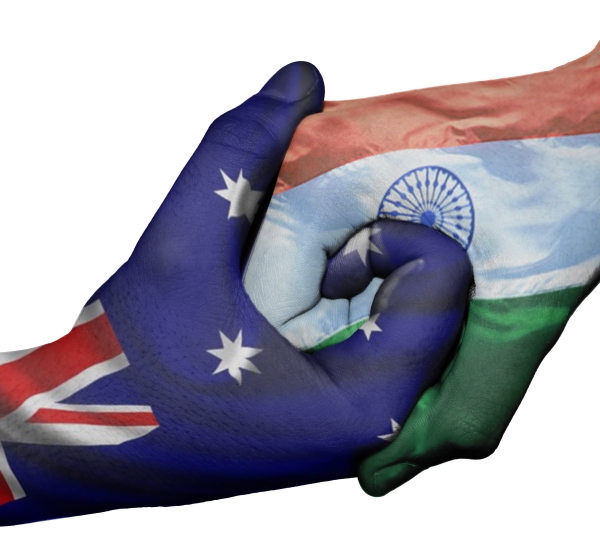 On April 3, Commerce Minister and Industry Piyush Goyal inked a Free Trade Agreement (FTA), known as the India Economic Cooperation and Trade Agreement with Australia, the first-of-its-kind major deal that India has struck with a developed economy in more than a decade. The agreement, which Prime Minister Narendra Modi has heralded as a ‘watershed moment’, is likely to nearly double the bilateral trade value between the two countries from the present USD 27 Billion to USD 50 Billion over the next five years, says a report in The Hindu Business Line.

First initiated in 2011, the FTA has taken more than 10 years to fructify, mainly due to stalling of negotiations surrounding the dairy market and visa regulations - the details of which were ironed out in just over six months after the discussions were restarted in September 2021. Given India’s increasing geopolitical heft in recent world events, the strengthening of the Indo-Aus trade ties is expected to segue into similar advantageous deals with economies such as Canada, UK and the European Union, the Business Line report alludes.

The terms of the agreement are a sharp indicator of India’s growing prominence in both political and economic recalibrations that are currently underway. As per the FTA, Australia will open up duty-free access to 96.4% of the value of Indian exports that are subject to an import duty of 4-5%.

This will directly benefit sectors with heavy MSME presence, such as textiles and apparel, footwear, agriculture and fish products, furniture, engineering products, sports goods, jewelry and certain pharmaceuticals and medical devices, the Business Line report outlines. Over the next five years, the tariffs for 113 products that constitute 3.6% of India’s exports to the country, will be phased out, the report says.

Favorable feedback for the trade deal has already begun pouring in. The Apparel Export Promotion Council has welcomed the FTA, stating that with Australia being the biggest importer of apparels in the southern hemisphere the removal of tariffs provides a competitive advantage to India over rival exporters from China and Bangladesh.

What is of critical importance is that India has rallied to protect sensitive sectors, such as dairy, silver and platinum jewelry, iron-ore and most medical devices, which are part of the ’exclusion list’, where no tariff waivers will be provided. After agreeing to these barriers, Australia now has immediate duty-free access to 85% of its exports to India, which is set to expand to 91 % over the next decade.

As noted by Piyush Goyal in The Financial Express, another favorable aspect of the trade deal that has a direct positive impact on India’s MSME sector is the fact that Australia is a key exporter of crucial raw materials and ‘intermediate goods’ that boost energy consumption, including coal and aluminum. The new avenue of low input costs now possible with the deal will improve the competitiveness of MSMEs, the minister was quoted as saying.

With regard to services, ‘a long-standing demand of the IT industry’ has been met, an official was quoted as telling The Economic Times. He was referring to the decision of the Australian government to waive off taxes on Indian companies serving in Australia that have offshore operations.

The two countries are expected to ‘deepen the engagement’ and convert the present agreement to a Comprehensive Economic Cooperation Agreement. A committee will be established after 75 days which will discuss adding further terms surrounding digital trade, participation in government procurement and improving scope of products and services in the  FTA, the Business Line report says.

In part 2 of the series, we will take a look at the significance of the India - UAE trade deal.