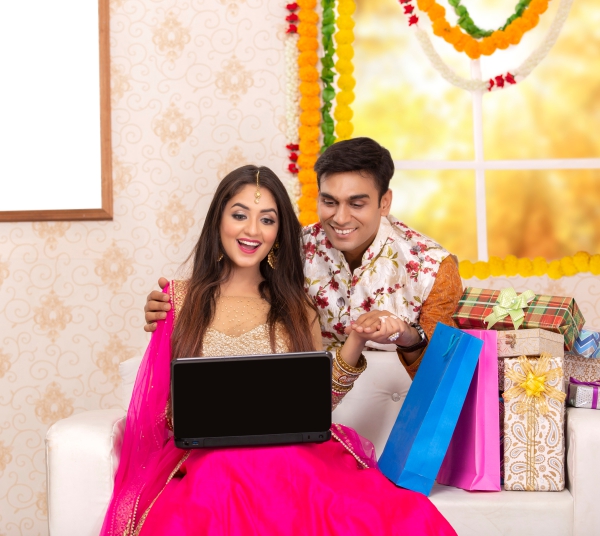 The numbers are pouring in from the most anticipated sales season of the year, and it's looking better than good.

The Confederation of All India Traders (CAIT) reported that 2021 Diwali sales crossed a whopping INR 1.25 Trillion, breaking all records for the past decade. It was a festival bonanza for small traders as Indians preferred ‘Made in India’ products to cheap Chinese imports - causing a direct loss of INR 50,000 crores to Chinese exporters, a report in Business Standard said quoting CAIT.

MSMEs in the handicraft sector, such as pottery and other traditional crafts raked in money with a steady increase in demand for earthen and paper mache lamps and home decor items. It was a sparkling Dhanteras, with consumers spending over INR 9000 core on gold jewellery and silver products, CAIT said. Vendors of dry fruits, toys, footwear, watches and clothing saw an upsurge in demand, says the Business Standard report.

The boom in online festive discounts, which began a few weeks earlier, drove up the margins for traders selling packaging items, who witnessed sales worth INR 15,000 Crores. Consulting firm RedSeer released a forecast report early in October, which stated that e-commerce platforms (both commercial and grocery) clocked an impressive USD 2.7 billion in sales in the first four days (Oct 2-5) of the festival season, and were ‘on track to achieve the USD 4.8 billion Gross Merchandise Value mark (total sales minus cancellations and returns). With consumers loading up on mobile phones, large appliances, beauty and fashion products, these platforms are set to touch USD 9 billion in sales at the end of the season, a 23% jump from last year, the firm said.

Interestingly, RedSeer said that the online shopper base grew by about 20% compared to last year, with Tier 2 cities contributing to about 61% of the total consumer base. Data from both e-commerce giants Amazon India and Flipkart support this trend, with their annual sale events in early October - Amazon.in’s Great Indian Festival and Flipkart’s Big Billion Day saw greater uptake in tier-2 and tier-3 cities.

Notwithstanding the lingering concerns about e-commerce monopolisation, the conscious outreach by both international platforms to bring small sellers into their fold looks like it’s paying off - Amazon India said that nearly 30,000 of its 8.5 lakh sellers became ‘lakhpatis’ during its Great Indian Festival sale and 12 sellers became ‘crorepatis’. The e-marketplace also saw a 2X increase in sales for sellers on its ‘Local-Shops-On-Amazon’ programme, where owners of a brick-and-mortar or Kirana store can sell on Amazon.

Flipkart, on the other hand, saw 55% transacting sellers during its big-ticket sale event. Consisting of MSMEs, artisans, weavers, and craftsmen, “more than 10% of them witnessed a 3X growth in sales this year,” with weavers and artisans from its Samarth programme witnessing a six-fold increase in sales compared to 2020, the company said in a media statement. The Walmart owned e-commerce major added that its B2B wholesaler platform, which has 1.5 million members, saw a 1.3x rise in new sellers, 57% of whom are from tier-2 and tier-3 cities like Jaipur, Surat, Howrah and Panipat, says this report in The Financial Express.

The phenomenal increase in online and offline shopping drove up the value of UPI transactions to a record-breaking USD 100 Billion in October.

It’s not only the retail sector that reaped a reversal of fortunes in the economy. This report in The Times of India says that manufacturing activity grew the fastest in October due to an increase in demand for new orders. Quoting the IHS Markit India Manufacturing Purchasing Managers Index (PMI), the report said that the surveyed firms experienced renewed optimism and where spending on inputs to stockpile capacity, in anticipation of a further increase in demand.

Another reason to celebrate is the uptick of one of the biggest signs of economic recovery - demand for diesel. Close on the heels of the festive season and the achievement of one billion vaccinations, the ramping up of industrial activity and movement of people has prompted the increase in consumption of diesel, which saw a 20% jump from September, the Times of India report said.

Judging by the steady increase in spending despite the inflationary rise in prices, it would seem that consumers are ready to leave the dark times behind after the devastating second wave of COVID-19 ripped through the country a few months ago.