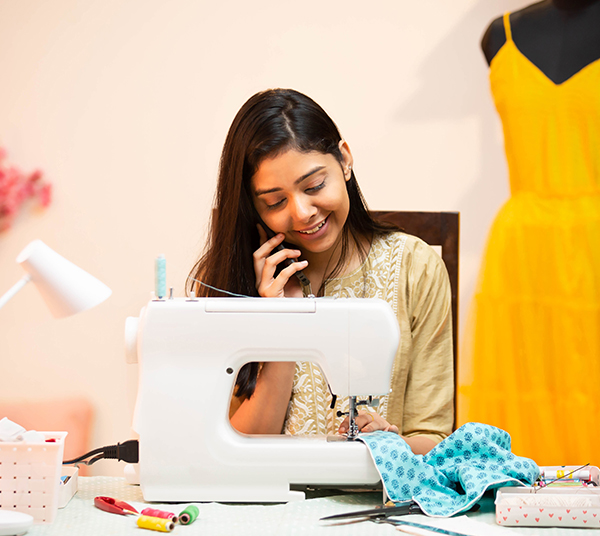 The programme is a special entrepreneurship promotion drive aimed at women

The programme was launched at an international event ‘Empowering Women Entrepreneurs’, jointly organized by the MSME Ministry, National Small Industries Corporation (NSIC) and SME Forum to enable present and aspiring women entrepreneurs to learn from self-made women business leaders from around the globe, imbibe best practices and familiarize themselves with the latest innovations and developments in the field of entrepreneurship. Participants were also apprised of the various schemes and support provided by the government to promote women-led enterprises.

As part of SAMARTH, the MSME Ministry will allocate 20% of the seats for women entrepreneurs in all skill development schemes undertaken by the Ministry. This is estimated to help at least 7500 female candidates in 2022-23. Further, 20% of all MSME delegations chosen for domestic and international exhibitions under the marketing support schemes of the Ministry, will comprise women-led businesses.

Additionally, to encourage greater participation of women entrepreneurs in public procurement, a special 20% discount will be applied to relevant commercial NSIC schemes, including the Single Point Registration Scheme (for billing and discounting), tender marketing and the B2B portal MSMEmart.com.

The launch of the SAMARTH programme, modest as it is in scope, comes at a time when women-led MSMEs took a disproportionately larger hit due to the lockdowns imposed to curb COVID-19. As this report in Hindustan Times points out, 91% of working women in India are in the informal sector. As compared to 7% of men, a significant 47% of women faced permanent job loss by December 2020, the State of Working India 2021 Report, published by Azim Premji University.

The onset of the pandemic notwithstanding, promoting female entrepreneurship was a task rife with challenges - the foremost being poor participation of women in the workforce. According to this report in The Economic Times, as per official statistics, only 20% of the 60 million MSMEs in India are women-led, but this figure could be as low as 5%, as several businesses are run by women in name-only, with family members establishing the business as a woman-led one to obtain benefits of government schemes, V Padmanand, Partner of international accounting firm Grant Thornton, told the paper.

Even as there are personal pressures, such as lack of a supportive home environment, another major hurdle is the shortage of opportunities to seek out secured finance. In the largely women-led animal husbandry industry for example, though the operations are run by the women, the cattle is not registered in their names, but those of their male relatives or spouses. This makes it difficult for them to raise collateral to access formal finance, a woman agri-entrepreneur told ET.

To overcome these issues, women business leaders speaking to ET, said that the government should consider providing collateral-free loans and lowering the rate of interest. Women also need mentorship programmes to understand various aspects of the business, and women angel investors should take the lead in financing women-led companies to infuse confidence and a sense of security among female entrepreneurs, they said.

Apart from an exclusive policy focus on women entrepreneurship, the government should also provide a stipend or salary to encourage women to take up self-employment, a start-up owner told The Hindu. Given the high concentration of women in the informal economy, the government should promote micro and nano entrepreneurship by identifying women-specific trades and providing platform where even women from rural and semi-urban areas can seek part-time jobs as per their schedules and ability, the entrepreneur said.