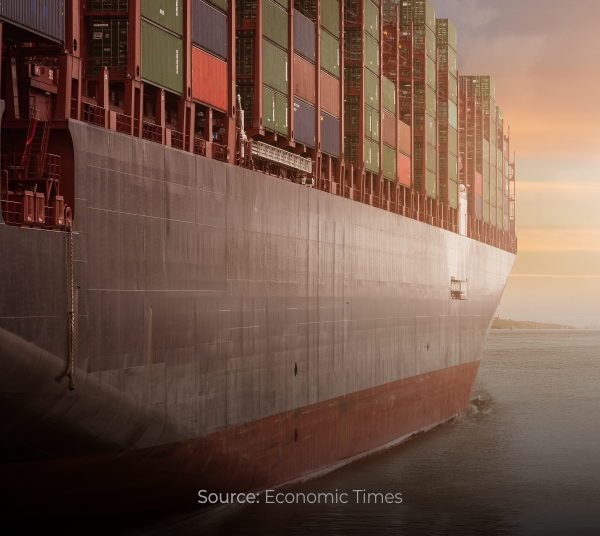 Backing the recovery in manufacturing, official data released Monday showed India’s exports rising a sharp 48% year-on-year to a record $35.2 billion in July, buoyed by a growth in petroleum products, gems and jewellery, and engineering goods. Imports last month were at the second highest in history.

India’s manufacturing activity revived in July and posted the strongest growth in three months along with a marginal increase in employment as states eased localised restrictions, a private survey showed on Monday.

Backing the recovery in manufacturing, official data released Monday showed India’s exports rising a sharp 48% year-on-year to a record $35.2 billion in July, buoyed by a growth in petroleum products, gems and jewellery, and engineering goods. Imports last month were at the second highest in history.

“Make in India, Make for the World: India’s merchandise exports in July 2021 was $35.17 bn, an increase of 34% over July 2019. PM @NarendraModi ji’s vision for Aatmanirbhar Bharat has given a boost to exports,” said commerce and industry minister Piyush Goyal in a tweet.

After slipping into contraction for the first time in 11 months in June, the seasonally adjusted IHS Markit India Manufacturing Purchasing Managers’ Index (PMI) moved back above the critical 50 threshold—that separates expansion from contraction—in July at 55.3, pointing to the strongest rate of growth in three months. The reading for June was 48.1. “Operating conditions in India improved during July, after growth was halted by the escalation of the pandemic in June,” IHS Markit said in a report.

EXPORT CLIMB
Led by petroleum products, gems and jewellery, and engineering goods, India’s exports rose 47.9% on-year. Preliminary data released by the government showed that India’s merchandise exports in July were $35.17 billion, an increase of 34% over July 2019. Imports at the were $46.4 billion, leaving a wider trade deficit of $11.23 compared to $9.4 billion in June and $5.33 billion a year ago.
“Till July, India’s merchandise exports have reached 32.64% of $400 billion,” the commerce and industry ministry said.

The Nomura India Business Resumption Index (NIBRI) eased to 95.0 for the week ended August 1, from 95.9 in the previous week. A report from Nomura said the NIBRI averaged 95.6 in July, up from 80.3 in June, indicating an overall improvement in business resumption.

Jobs, sentiment
De Lima said that although marginal, the rise in employment was the first since the onset of Covid-19.

“With firms’ cost burdens continuing to rise, however, and signs of spare capacity still evident, it's too early to say that such trend will be sustained in coming months,” she said.

Companies also purchased additional inputs for use in the production process. The overall rate of buying activity growth was solid by historical standards.