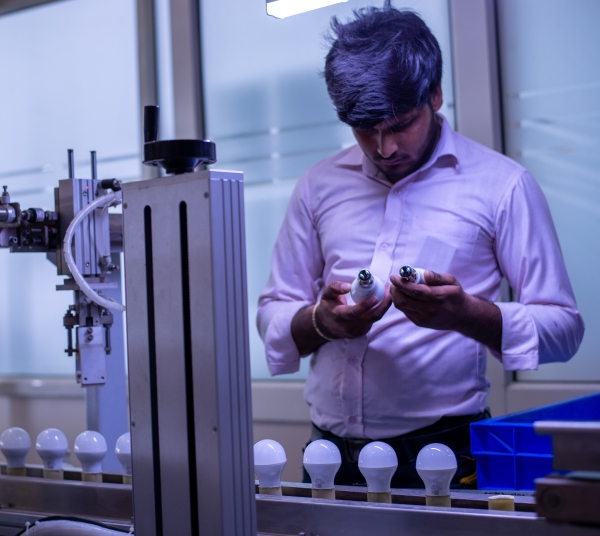 An inter ministerial, international partnership seeks to change this scenario

Clean technology is not very popular among Indian MSMEs, it would seem. A first-of-its-kind 2018 study among 428 energy intensive MSMEs in 11 clusters across 8 states by independent agency the Council of Energy, Environment and Water (CEEW) shows how, even as the government introduced several schemes to increase adoption of energy efficient practices in MSMEs, the sector remains grossly unaware of them. This, despite the fact that 50% of operating expenditure in energy intensive MSMEs is on account of electricity.

Majority of the MSMEs surveyed were ignorant of energy efficient technologies. Only 83 of them participated in relevant workshops, of which half reported being unsatisfied with the information. Only a handful of MSMEs who were direct competitors with large industries conducted energy audits, the study says.

The government, which launched one of the world’s biggest energy efficiency drives for transitioning to LED bulb usage - the Unnati Jyothi by Affordable LEDs for All programme, is now looking to resuscitate energy efficiency efforts in the MSME sector.

On November 23, the Energy Efficiency Services Limited (a joint venture of public power companies under the Ministry of Power) that implements the UJALA scheme announced that it had collaborated with the Ministry of MSME, The United Nations Development Organisation (UNDO) and the Global Environment Facility, an international trust, to implement a project known as ‘Promoting Market Transformation for Energy Efficiency in Micro, Small and Medium Enterprises (MSME)’.

Under this project, 35 energy efficient technologies, ‘which have the maximum possibility for replication and which have the potential to improve energy productivity in fellow MSME units will be deployed in 10 energy intensive MSME clusters across the country. As a first step to the project, a detailed energy consumption audit was carried out across ‘representative units’, and 100 units from each cluster were surveyed to understand the energy requirements and match them to locally available technologies. Standards were then evolved for shortlisted technologies, followed by implementation.

As access to credit is one of the biggest barriers to clean energy adoption, a UNDO spokesperson said that the body and the EESL were working on a ‘three pronged approach to devise market solutions for this problem - one, the aforementioned standardising of clean technology to facilitate stability and therefore, reduce investor risk. Two, bulk procurement of necessary technologies to drive economies of scale and three -  MSMEs are expected to ‘pay-as-you-save’, i.e.,  pay back investors from money saved through reduced energy consumption.

This business model is already being implemented across 10 industrial clusters. The initial results for these endeavours are promising, as MSMEs in the project have been able to demonstrate a reduction of energy consumption between 15-40%, he said. Further, UNDO in association with EESL has established EMCs in 12 clusters. With their support, 345 MSMEs have already invested INR 90 Crores and achieved annual cost savings of INR 58 Crore in addition to avoiding 62,000 tonnes of greenhouse gas emissions annually, he said in the EESL newsletter.

Cluster based, focused projects such as this multi-partner collaboration have the potential to dramatically alter the energy landscape of MSMEs. Considering the central role that MSMEs play in economic activity, poor uptake of green technology has a corrosive impact on sustainability outcomes.

With poor energy security, it is not just the bottom line that takes the hit - the ripple effects of any increased vulnerability can be felt across the value chain. Further, as 95% of businesses in the world are MSMEs, their participation in environmental preservation is key to achieving any true transformation toward clean technology.