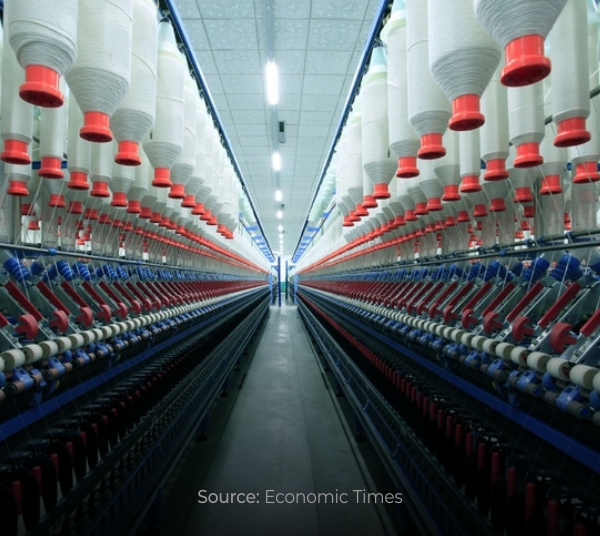 How can Indian MSMEs grow to compete in the world?

India's micro, small and medium enterprises (MSMEs) sector has been at the centre of attention for a long time now.

There are more than 63 million MSMEs, which employ around 110 people and form a key pillar of the Indian economy. However, 99% of the companies remain micro in their life cycle. This sector is plagued with low productivity, lack of efficiency and limited means, which lead to poor competitiveness in the global sphere.

To understand how the sector can grow and if India can compete with the world, ETRise Top MSMEs Conversation recently conducted a digital roundtable on the topic. The experts agreed that Indian small businesses lacked in quality, consistency, efficiency, standardisation, pricing and gaining access to new technology.

All about micro industries
"India's micro industries’ contribution to GDP is around 30%, which is at the lower end of the scale when compared with other countries," said Jiten Arora, Venture Lead of Solv & Member at SC Ventures. This leads to the creation of the “missing middle or dwarfs”, which primarily happens due to the lack of a trusted ecosystem. Micro industries tend to work within their own ecosystems and which in turn leads to lack of access to capital. "India has close to a $300-billion funding gap when it comes to micro SMEs,” said Arora. “Getting financial inclusion is very important for this. NBFCs and financial institutions need to look at the underwriting standards and modify them for this to change."

Most of the micro industries run on sole proprietorship. Their entire focus is on making sure the business remains afloat, rather than spending time to grow the ecosystem. This cycle needs to break. Policy changes have brought in some changes, though. Micro companies are now participating more in the digital arena and are also tapping into resources available to them like never before. Covid has proved to be a blessing in disguise as small and micro industries have become open to adopting digital technology.

Talking about what they want from the government, Pranav Kohli, Vice-President, Stag International  said, "Micro SMEs have always been labour intensive, whereas, in a lot of places, automation and digitisation is required. Things are changing. We're looking at a lot of things in terms of automation. We are also looking into R&D, which MSMEs typically do not focus on as this sector is overleveraged. Typically, MSMEs are looking for stopgap funding. But that is something banks and NBFCs are not willing to do."

The experts said micro SMEs should have a separate set of underwriting standards. Banks operate with a certain level of risk appetite to generate a return. So, from a financial parameter point of view, it is very difficult to make any of the micro SMEs creditworthy. There was an urgent need to bring growth parameters for this sub-sector, they said.

Strength and weaknesses
When asked about India's strengths, Ajay Sahai, DG & CEO of the Federation of Indian Export Organisations (FIEO) said, "The biggest factor going in our favour is the adaptability factor under challenging circumstances. SMEs work under various constraints. Banks don't give SMEs preference unless they have the backing of a government scheme. We want large companies to come in, and SMEs can work as their ancillaries. When  came to India, many small and medium businesses started supplying auto parts to them. Today, India is one of the major players in auto components. This happened because we had the technology, were adhering to the international benchmark and were competitive. The Production-Linked Incentive (PLI) scheme of the government can be beneficial for the sunrise sectors, including electronics, electrical and machinery."

One of the reasons why firms stay small in India is because of the law and policies that discourage businesses from growing. The government has come up with many schemes to help micro and small industries. Out of the 6.6 crore registered units, there are just about 1,000 medium enterprises in India, said Animesh Saxena, President of the Federation of Indian Micro and Small & Medium Enterprise (FISME) There is no voice or special schemes for them. "The moment you become medium, you don't get the advantages available for small and micro industries,” said Saxena. “You are suddenly competing with the large corporate houses that have a lot of finances to spare. Also, the legal framework for the medium and large is the same. So, it is very hard to survive, and here the dwarf mentality sets in. There is no one to talk about their issues.”

Why the auto sector thrived
SMEs have thrived in the auto sector. India is the largest auto industry in the world and makes 25.3 million vehicles, against 17.5 million in the US and 12.6 million in Europe. What worked in India's favour was liberalisation and larger players focussing more on domestic production and capacities. This expanded the ecosystem, and enabled a lot of fragmented components such as small-time auto manufacturers and auto component manufacturers to get more organised as they became original equipment makers for large brand names. It brought awareness of quality, adaptation of new technology and an aspiration to grow.

Arora says as it became an organised sector, access to financing avenues started to open up. Everybody wanted to be a part of this sector. Favorable policies also helped them grow. Such an environment can be brought into the industry again. "If you give Make in India a serious push and get foreign companies to come in and start working in a similar ecosystem, with easy access to similar technology and skill sets, then the success of the auto sector can be replicated," said Arora.

Saxena adds that most MSMEs understand the importance of technology and the need for the correct skill sets in order to grow. South Korea and Taiwan have robust SME sectors, but their markets are saturated. They are looking to expand but find opening businesses in India a cumbersome process due to the regulatory mechanism. These companies are looking for local partnerships; they will bring in the technology and knowhow and the Indian partner will deal with the regulations. “The government is serious about pursuing this route. In fact, FISME recently signed an MoU with South Korea on this. With Taiwan, too, we are discussing solar technology and electric vehicles. This is going to be a huge opportunity for India. This is the only way Indian MSMEs can remain competitive and grow," said Saxena.

Whether it is growing in India or in the international market, the focus should be on competitiveness, brand building and providing certainty. There is a lot of uncertainty in the SME space and this has a negative impact on the sector's growth. Will the MSMEs rise to challenge and compete in the world arena? That remains to be seen.