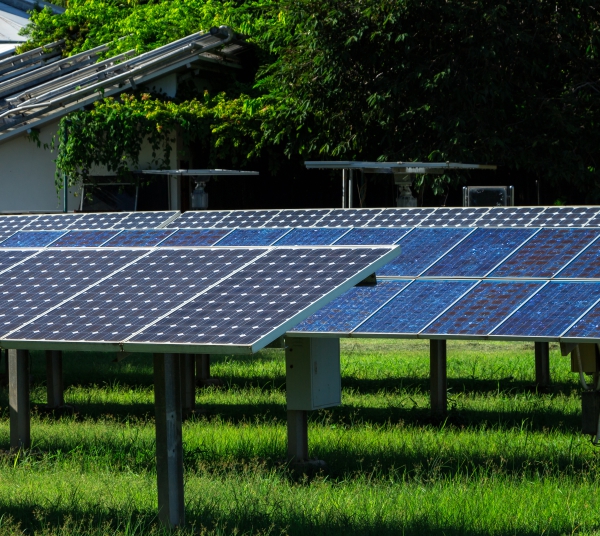 In Part 1 of the series, we read about an inter-ministerial effort launched to improve energy efficiency among MSMEs. In this article, let's explore why it’s important for MSMEs to adopt clean tech.

After nearly four centuries of modern mercantile capitalism marked by rampant industrialisation that prompted large-scale natural and human exploitation, the world is realising how important it is to redefine economic wellness. The earth’s resources are, after all, not infinite and hence we must rethink the logic of continuous expansion.

The movement toward sustainability, however, is a quagmire of self-serving interests. The ‘Global North’ or developed nations that are already industrialised expect the ones who are currently industrialising, to decelerate consumption on fossil fuels - critical resources for ramping up economic growth. Larger corporations are accused of indulging in both ‘greenwashing’, i.e., misleading the public about environmental claims and, with the tacit support of Global North governments, pursuing sustainability as a market driven objective rather than a legislation or even a value driven one.

So what does all this have to do with MSMEs?

For starters, smaller companies in the value chain suffer the consequences of the fall out of ‘green capitalism’ - by pressurising small suppliers to achieve environmental goals, the larger companies hamper social sustainability in the ‘Global South’ or developing nations. To meet the rising environmental demands, small companies are faced with thinning profit margins and high labour costs, which in turn leads to labour cuts or worse working hours and conditions.

Secondly and most importantly, for a large country like India, apart from detrimental long-term effects on health and physical environment (climate induced illnesses and natural disasters are a reality now) fossil fuels are simply not enough to meet energy needs, another critical development indicator. Over the last few years, thanks to stringent government investments in clean energy technology, India has emerged as the only country to achieve its 2015 Paris Agreement goal of reducing carbon footprint in tapping alternative sources of power like solar and wind energy - 9 years before the target year.

Despite this remarkable progress, India is expected to remain coal-dependent for many years to come, simply because of the sheer volume of demand, driven by personal aspirations for a better standard of living (think ACs, refrigerators, cars) and power hungry industries. Given such heavy reliance on fossil fuels, MSMEs are the most vulnerable sector to be hit by any supply chain disruption in fossil fuels, as the recent coal shortage crisis has shown.

This interesting analysis shows how, despite being large enough (95% of industrial units in the country are MSMEs) to consume 30% of energy resources, only a little less than half of MSMEs rely on any formal source of electricity. In a chicken and egg scenario, energy is one of the critical reasons why MSMEs are unable to scale. On the other hand, investment in energy efficient and clean technologies, which would make them self-reliant in energy also requires significant capex expenditure - MSMEs are unable to chalk this out due to their poor creditworthiness, access or unwillingness to avail formal credit.

Further, energy expenditure dictates profit margins. This is unsurprising as it accounts for anywhere between 10 - 25% of total expenses in energy intensive industries. India’s electricity prices in terms of Purchasing Power Parity (PPP - a macroeconomic analytical tool which compares prices of a particular product to reflect the purchasing power of different countries) is six times that of the U.S. and two and a half times that of China, showing that India has one of the highest rates of energy prices in the world.  This is mainly because India also has to balance competing demands for electricity from the manufacturing sector and the high energy subsidised agricultural sector.

Structural challenges are only one part of the picture. Granted, energy access cannot improve without a dedicated, multi-pronged policy focus. Where MSMEs lag, however, is optimising available energy resources. Studies like this one in Finland, one of the world’s most environmentally conscious countries show that MSMEs do not adopt cleantech out of a sustainability motive - like large companies, the incentive to go green comes from achieving ‘social and economical values’.

Considering the poor state of energy efficiency in India’s MSME landscape, starting off the sustainability journey with a socio-economic motive (upping the profit margin and generating employment) may not be a bad idea - it may eventually align with the nation’s ambitious green targets. The day where every MSME becomes a self-reliant producer, consumer and supplier of power may be far off, but any start is a good start, as it is they alone who holds the power for bottom-up sustainability transformation.