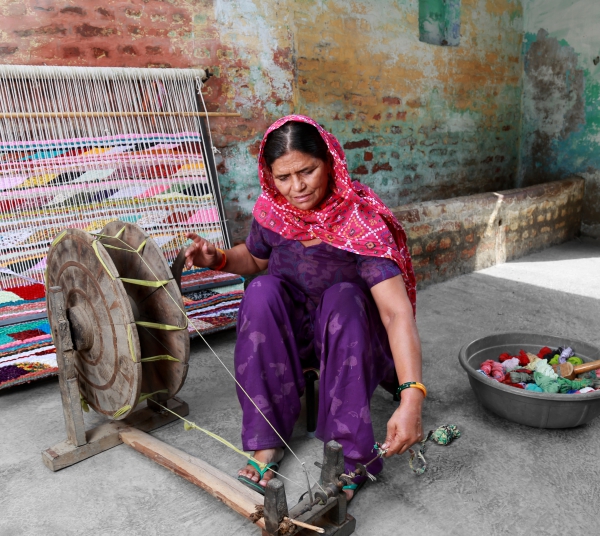 Haryana’s MSME landscape - a little bit of conflict, a lot of opportunity

With 57% of the state strategically falling in the National Capital Region, it is little wonder that Haryana has a hand in steering all three sectors that power the Indian economy. Though more modest in size as compared to its neighbours, Haryana contributes to 16% of India’s agriculture, 33% to industry and 51% to services.

Even as the traditionally agricultural state is moving deftly toward services with star city Gurugram at the helm, Haryana’s role as the country’s auto hub and granary cannot be ignored. Two-thirds of India’s passenger cars, 50% of tractors, 60% of motorcycles are produced here, and automobile exports alone were valued at USD 618.7 million out of 12.6 billion of the state’s merchandise exports in 2021. Worth 1527.49, Haryana accounted for 60% of the country’s basmati rice exports this fiscal. Textiles

The nearly 10 Lakh MSMEs have played a critical part in its growth story, with a presence in all major manufacturing and export baskets - automobiles, food and beverages, textiles, engineering and metals sectors. As the pandemic raged on, an impressive 1.47 lakh new MSMEs were registered in Haryana between July 2020 and July 2021, the highest number in the country.

How did this happen?

A series of regulatory changes, starting with the Haryana Enterprise Promotion Policy 2015 and subsequently the Haryana MSME Policy 2019 that aimed to foster greater global competitiveness and balanced industrialisation in the state have spurred the momentum of MSME growth in the state. Let’s take a look at some of the most favourable developments in Haryana’s MSME sector:

1. To accelerate rural industrial growth, the state government in July this year announced that it would provide credit facilities to micro-enterprises in Blocks B, C, and D. The Haryana MSME policy had divided the state into four development regions or blocks, with block D representing areas with no prominent medium scale industries present, and hence would be the one receiving maximum financial incentives for development.

The Deputy Chief Minister Dushyant Chautala also said that new microenterprises set up under the Haryana Rural Development Scheme would get more incentives under the state’s new Enterprise Promotion and Employment Policy 2020 - the eligible micro-unit would get an acceptance letter and fund disbursal within two months.

2. As the first state to introduce the concept of mini-cluster development, media reports from earlier this year say that efforts are on to develop MSMEs beyond NCR, with textiles and food processing identified as the thrust or focus clusters.

The scheme has been popular with the MSMEs community, with the state managing to enrol 15,698 across 31 such clusters. To leverage economies of scale and create efficient forward and backward linkages, these clusters will be serviced by three Common Facility Centres (CFCs) in Ambala, Sirsla and Kaithal.

3. To provide global market access to MSMEs, the state government has signed agreements with online marketplaces eBay, Walmart, Power2SME, and TradeIndia.com. E-commerce major Amazon recently said that there was ‘great global demand’ for products made in Haryana, such as henna from Faridabad, blankets, curtains and hair oils from Panipat and torch lights from Gurugram.

Praising the government for supporting digital commerce and faster clearances through the single window clearance system, Flipkart recently said that it added four new warehouses in Haryana. Apart from creating 12,000 new jobs, the centres would support thousands of MSMEs and other sellers to market their products, the company said.  With 17 centres, the state is already one of the ‘largest investments’ for Flipkart, with specialised warehouses to support storage of large appliances, mobiles, apparel, furniture and grocery.

4. In June this year, Chief Minister Manohar Lal Khattar said that the state ranked to improve ease of doing business, the state government has put 18 departments under one umbrella and made it compulsory to clear approvals within 45 days.

5. In October, the Deputy Chief Minister announced that the government was developing One Block, One Product scheme known as the Padma initiative, where 140 products would be developed across 140 blocks, with a view to promoting ‘uniform industrialisation’.

6. The state government is also planning to set up an MSME park in each district to support the sector. To enable small scale and tiny industries, 70 approvals from 20 departments will be available in these parks, so that an enterprise can get started with operations in 15 days.

A recent development that flared up conflict is The Haryana State Employment of Local Candidates Act, 2020, which was notified this month, and will come into effect from January 2022. Under this contentious legislation, private companies, partnerships or trusts with more than ten employees will have to reserve 75% of jobs with salaries below INR 30,000,  for locals.

MSMEs in particular, have strongly objected to the law and are contemplating taking legal action against it. Industry associations feel that the law will adversely affect MSMEs, who is just recovering from the pandemic. The new legislation, which could have been framed to offset the worrying rate of unemployment in the state would have other unintended consequences, experts warned, as it was a ‘restrictive practice’ that could make the state uncompetitive. The government should rethink applying the law for technical jobs, and overall, come up with better solutions to tackle the unemployment problem, they feel.

Given the uproarious reaction to the law, the Deputy Chief Minister clarified that the IT units and startups would be exempt from the legislation for two years.