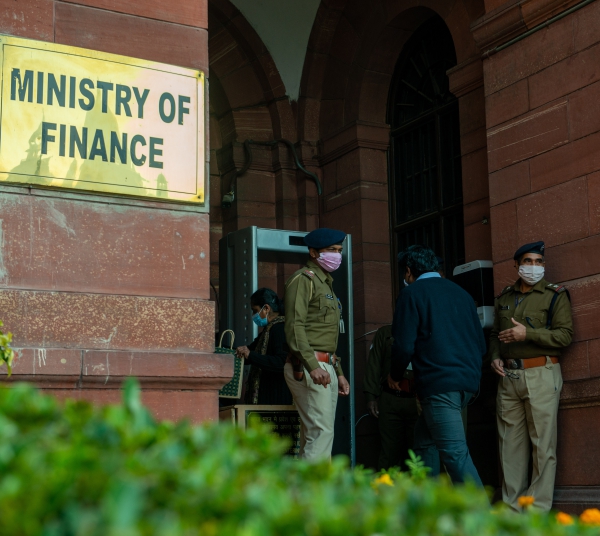 Living up to the budget promise made earlier this year, the Ministry of Finance announced on March 30 that it has implemented the extension of the Emergency Credit Line Guarantee Scheme (ECLGS) until March 2023 along with an increase in cap.

Following post-budget consultations, the Ministry of Finance constituted National Credit Guarantee Trustee Company Limited (NGCTC), which manages the scheme, has also modified the operational guidelines to include previously uncovered sectors - civil aviation, travel & tourism and hospitality. The sectors will now come under the ambit of the scheme, hereby known as ECLGS 3.0., the Ministry’s press release said.

As stated by Finance Minister Nirmala Sitharaman in her annual Union Budget speech in February 2022, the financial outlay for the ECLGS has been extended from INR 4.5 Lakh Crore to INR 5 Lakh Crore to support the additional ‘contact intensive’ sectors included in ECLGS 3.0 secure collateral free liquidity.

A report by news agency PTI has summarized the following changes that are in effect in accordance with the new guidelines:

1. New, eligible MSME borrowers from the sectors mentioned above, who have availed bank loans between March 31, 2021 and January 31, 2022 will now be able to access the ECLGS at the eligible bank/financial institution where they have outstanding credit.

2. The credit guarantee limit has increased from 40% to 50% of the total outstanding credit (fund and non-fund based) for borrowers in all except the civil aviation sector. The baseline considered for the outstanding credit amount for each borrower the scheme will be the highest amount among three reference dates - February 29, 2020, March 30, 2021 and January 31, 2022.

3. The cap for outstanding credit considered for ECLGS eligibility has increased to INR 200 Crores.

4. Individuals and proprietary enterprises who meet the scheme’s criteria can also avail the ECLGS facility.

5. Considering the high availability of non-fund based credit to the civil aviation sector, players in the sector can get non-fund based credit under ECLGS as well, the Ministry said. To support this, bank guarantees, letters of credit and other non-fund mechanisms will be issued without any cash margin with a cap of 0.5% commission per year.

The ECLGS was one of the most prominent measures announced by the government in its COVID-19 economic stimulus package to energize the pandemic mattered MSME sector. The scheme, which came into effect  on May 13, 2020 provides 100% guarantee to additional amounts sanctioned by eligible banks and NBFCs under the scheme.

MSMEs with a turnover of up to INR 250 Crores could avail up to, at the time of the initial announcement, 20% of outstanding loan as emergency credit line, subject to a maximum of INR 50 Crore as on February 29, 2020.

Comprising 95.25% of the beneficiaries, MSMEs have been the largest sector to benefit from the ECLGS, with 117.87 lakh businesses supported by the scheme as of March 11, 2022, with micro units leading the disbursal tally, Minister of State for Finance Bhagwat Karad told the Rajya Sabha in a written reply recently. In a response to the budget speech, Finance Minister Nirmala Sitharaman had also told the Lok Sabha that banks had sanctioned INR 3.1 Lakh Crore and disbursed INR 2.36 Lakh Crore so far under the scheme.

A recent report in the Financial Express Online, which analysed NGCTC data, said that disbursal under the ECLGS ‘fell sharply’ in FY22 - by as much as 76% as compared to the previous fiscal. However, this is a sign of significant recovery in the MSME sector, Ashok Saigal, MD, Frontier Technologies and Co-Chairman, CII National MSME Council was quoted as telling the portal.