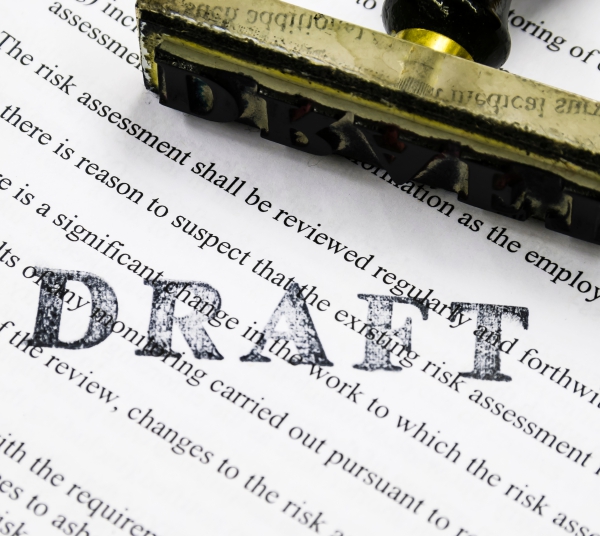 Policy comes seven years after consultation paper was released in 2014

After more than 15 years since the MSME Act came into force, the ‘backbone’ of the Indian economy - the MSME sector, is back to the policy center stage. The union government recently released a new draft MSME policy for public review, with suggestions due by February 28.

The government had floated a consultation paper for devising a new MSME policy during the Narendra Modi led government’s first term in 2014. The present draft has come to life after deliberations by three committees - the KV Kamath Committee in 2015, a one person Committee report by the then cabinet secretary Prabhat Kumar in 2017 and the RBI constituted UK Sinha Committee in 2019, reports news portal Inc.42.

The need for the present policy is to continue fostering the government’s measures in the sector to promote competitiveness, technology upgradation, infrastructure, cluster development, credit, procurement of products and financial assistance to MSMEs, says the draft policy.

Identifying the main barriers to MSME growth, the draft policy outlines that there is a lack of ‘synergy’ between stakeholders in the sector. On the legislative and regulatory front, there are wide variations between states - only few states have exclusive laws and regulations governing MSMEs; the sector is broadly addressed as part of the industrial sector in other states. Further, there are varied challenges when it comes to access to credit, use of technology, establishment of standards, skilling, marketing, supply chain consolidation and ease of doing business.

To address these challenges, the government has identified nine action areas to “build a vibrant ecosystem for the rapid growth of the MSME sector”, reports The Financial Express, quoting the draft policy. These areas are:

1. Defining inter-governmental roles and responsibilities - With delayed payments being one of the most crucial issues faced by MSMEs, the draft policy has suggested a Facilitation Council should be established in every district, as compared to present one Council per state.

Rather than wrangle with multiple laws and regulations across states, the draft also envisions that the MSME Act should be considered as an overseeing authority that will govern the regulations regarding the entry, functioning and dissolution of MSMEs. To reduce the friction between multiple governing bodies, the draft has laid guidelines for central, state and district authorities.

2. Simplifying regulatory framework - A prominent stumbling block to the ease of doing business is the existence of several layers of regulations, which discourages MSMEs from participating in the formal economy, leading to their dwarfed state, where they do not want to migrate to the next natural stage of growth.

The draft MSME policy has identified several parts of both the main MSME Act as well as state level Acts, that have to be made simpler for MSMEs, including those governing registration, dispute resolution and dissolution.

3. Greater access to formal finance - The lack of trust in both the formal banking system as well as the MSME sector is a two way street, a factor that hinders the growth potential of the MSMEs due to lack of adequate financial capital. To address this issue, the draft policy has reduced the complexities in loan application forms and called for the creation of customized financial products to suit the sector.

The draft policy also recommends that MSMEs must procure a Zero Defect, Zero Effect certificate from the Quality Council of India, which will improve their credit worthiness. Other suggested measures to evaluate loan eligibility include using alternate data such as bank statements and GST returns.

4. Ease of Doing Business - To ease the complexities of cross-border trade, the draft policy opines that MSME clusters and centers should be linked with the transportation infrastructure, including at ports and export hubs, with a dedicated official to sort out import or export issues. Legal aid to draft and resolve contractual terms should also be provided to MSMEs, apart from a national level or state level helpline or chat service, the draft says.

5. Technology Upgradation - Considering that MSMEs are saddled with obsolete technology, the policy has recommended the establishment of dedicated Centers of Excellence which will function as capacity building organizations that help improve technology adoption through the creation of Standard Operating Procedures, manuals, guidelines and checklists. MSME Tool Rooms must also be established in each district to guide technology upgradation, the draft says.

6. Skill Development - To fix the demand-supply mismatch for skilled labour in the MSME sector, the draft policy states that there should be greater convergence  various schemes undertaken by different ministries to promote upskilling, including the NRLM of Ministry of Rural Development and the NULM of Ministry of Housing and Urban Affairs.

To promote greater efficiency in delivering skills, the policy recommends that a Cell should be established in each District Information Centre and preferably, in each MSME cluster, which will have the onus of gathering all the information of available skill development programmes, and matching each MSME to the requisite programme.

7. Knowledge Management - To create data analytics and intelligence driven policy making, the draft policy has stipulated that two types of databases should be created in the central government - one, all MSME related government bodies, at the state as well as the local level will form one network, which will deal with statutory and legal issues like UAN and PAN application and clearing dues. The second, an all access, cloud based database that will cover a wide range of functionalities, including but not limited to credit, payments, marketing, procurement, insurance, technologies and training.

8. Exit Code - To enable a hassle free exit from a business, the draft policy recommends two techniques - for small and medium scale businesses, it says that a provision for fast track insolvency resolution must be instituted under the Insolvency and Bankruptcy Code 2016. For micro enterprises, arbitration facilities should be provided at the district level, it says.