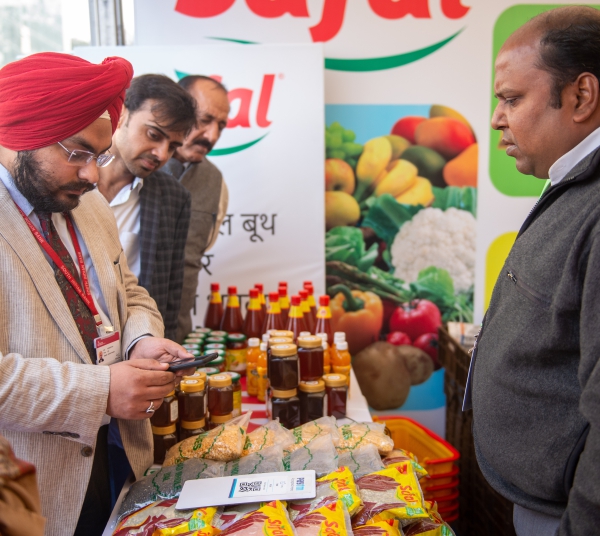 Over the past decade, the financial ecosystem has become unrecognisable in India. Just to set the context, consider this staggering statistic - In 2021, India recorded over 40 billion digital transactions (25.5 billion of them real-time) worth more than a quadrillion Indian Rupees. India may not have the wherewithal to support a complete transition to a ‘cashless society’, but these groundbreaking figures, which has catapulted the country at the top of the global digital payments market ahead of long-time leader China, are a sign that we are only at the infancy of the online payment revolution.

Ever since the entry of the first digital payments platform (Google wallet) in 2011, followed by the expansion of Flipkart and the coming of global e-commerce giant Amazon, the heavily cash-dependent nation began shifting gears toward online transactions. Fuelled by the cashless movement, it seemed as if every sector started to go online, and regulators scrambled to devise rules to govern the digital payments architecture.

Fintech is not a new concept. For more than 100 years globally, banks have increasingly relied on technology to strengthen security apparatus and develop new financial products. However, the explosive use of digital means to deliver wide scale financial services through various innovations in both financial and software technology via non-traditional channels, is a recent phenomenon.

For India, this comes at a time of convergence of multiple paradigm shifting events. Greater smartphone and internet penetration, regulatory and structural changes in 2016 (think of the immense opportunities unlocked by the launch of the Unified Payment Interface (UPI) and the announcement of 100 percent FDI in e-commerce through the marketplace model).

The financial regime-change that came with demonetisation - again in 2016, dramatically accelerated the transition to online payments. In a span of five years, 2000 fintech startups across every aspect of the ecosystem (payment, PaaS, lending), with majority of them concentrated in Bengaluru, sprung up.

Just as the industry was gaining ground, the COVID-19 pandemic simultaneously downed the shutters of the physical markets and revved up the engines of the digital payments industry in India.

The fintech industry was lightning quick to respond to the unprecedented demand - there has been a surge of new products to cater to consumers, B2B, merchant and cross-border segments, creating a flurry of investments in the space. In the third quarter of 2021 alone, the 53 deals garnered an investment of USD 2.4 Billion.

In tandem with favourable policy changes, technology has become an equaliser, almost instantly addressing unmet financial needs across socio-economic strata. The fintech-e-comerce dynamic is giving rise to new entrepreneurial and export opportunities. MSMEs who were quick to adapt to the digital payments boom, have become part of India’s digital payments success story.

Though modest in sample size, a survey of 400 MSMEs in June 2021 by popular web hosting provider Bluehost shows some interesting insights about what happens when the sector adapts to the changing payment environment - there is often a ripple effect where digitisation of transactions functions as a gateway to expand either via online presence on proprietary websites, or through enlisting as sellers on e-commerce platforms.

Set in the context of post-pandemic realities, the survey revealed that 72% of MSMEs have started using cashless modes of payments, with 60% of them acknowledging that moving online was a better way to ‘conduct business and interact with customers’. While 80% of them had a domain name and website, 23% of them became sellers on ecommerce sites.

Having jumped into the digital world, these MSMEs are stepping up their online game - 55% of respondents said they would invest in social media marketing, 51% wanted to engage with Search Engine Optimisation (SEO) and 47% of them wanted to build custom apps.

Apart from ample help from fintech payment startups, the shattering success of UPI, which grabbed headlines around the world, has also contributed to greater uptake of digital payments among MSMEs. In October 2021, UPI transaction value crossed USD 100 Billion, rising more than INR One Lakh Crore on a month-on-month basis. The growth was mainly due to the online e-commerce sales during the festive season occurring in the same period, which saw massive gains for small sellers, mainly from tier-2 and tier 3 cities.

Even as MSMEs are experiencing the dividends of adapting to digital payments, exciting opportunities are unfolding. Facebook owned Whatsapp, for example, the most popular instant messaging app having 400 million subscribers in India, just won an approval from the National Payments Corporation of India (the governing body for digital payments) to double the reach of its payment service from 20 million to 40 million subscribers.

This is a big boon for tech-handicapped MSMEs, who can use the app as a hassle-free means participate in the digital payments game. The company has already shown interest in helping small business owners, vendors and kirana store owners digitise their shopfronts.

Consumers are irrevocably shifting to digital payments. For those MSMEs who are yet to join the bandwagon, going cashless may soon become a necessity, rather than a choice.