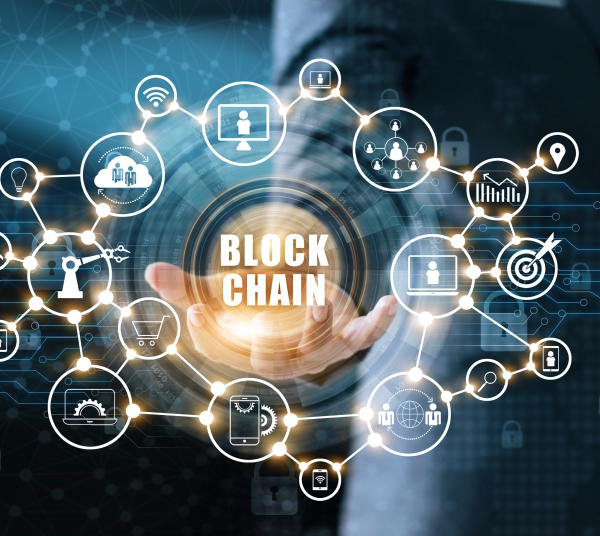 Startup to use blockchain to create additional income stream for MSMEs

Tokenization is a concept in blockchain technology where an asset is divided into digital assets or tokens - comparable to shares - that can be used in a blockchain application. With a digital representation of the value of an asset, these tokens can then be shared by multiple parties, who are then given a share in the earnings of that asset. Tokens can also be traded to purchase other assets.

With an aim to ‘decentralize finance’ to boost the prospects of MSMEs, the company seeks to reduce the divide between large and small scale enterprises by leveraging blockchain technology to create value for underutilized assets, company representatives said.

Censor Black is a collaborative decentralized finance or ‘DeFi’ platform that caters to both investors and MSME supply chains, says a report in news portal MoneyControl. The platform seeks to provide access to institutional finance in a risk free and secure manner , the report said.

In an interview with the portal, Raghav Gupta, CEO Censor Black, said that the company plans to promote employment opportunities by creating ‘prosperity and activity’ in the MSME sector through low interest loans that will contribute to their cash flows. Consequent to the capital infusion through increased access to formal sources of finance, the increased scale of operations will create millions of jobs, he said.

Presently, there is a credit gap of USD 300 billion in the MSME sector. Commenting on the Emergency Credit Line Guarantee Scheme (ECLGS), Gupta told the portal that while the initiative was good, MSMEs were not able to take advantage of the programme because of a lack of collateral, which acts as a big barrier in pursuing formal credit options.

Blockchain removes this hurdle by digitizing MSMEs on a credible platform, thereby enabling lenders to trust the creditworthiness of MSMEs. This brings data validation, distributed consensus and transparency to finance, he was quoted as saying.

As a global fintech leader, India is warming up to blockchain technology. The technology is invariably tied to the debate about cryptocurrency, which uses the technology as a foundation. The country’s apex bank, the Reserve Bank of India has not minced words about its distrust for cryptocurrencies.

Just last week, the Deputy Governor of the RBI, T Rabi Shankar harshly remarked that the cryptocurrency was a ‘Ponzi Scheme’ (an investment fraud where investors are lured in to pay profits to earlier investors, who all believe that their profits are gained from legitimate businesses rather than other investors’ money). He said that cryptocurrency is specifically designed to ‘bypass the regulated financial system and not backed by any underlying cash flow’.

In 2018, the RBI had banned banks from dealing with cryptocurrencies. Even as the Supreme Court overturned the ban two years later, banks are still cautious about the virtual currency and are towing the RBI’s line.

Interestingly, it would seem like the government is cautiously warming up to cryptocurrency. In the recently concluded Budget session, Union Finance Minister Nirmala Sitharaman proposed that income accrued from crypto trading and Non Fungible Tokens (NFT) would be taxable. The Minister also spoke of the government’s plans to launch an RBI backed digital currency soon. It is widely speculated that India’s first government approved digital currency could be based on blockchain technology.

Unlike private digital wallets, the digital currency blockchain designed by the RBI could trace all transactions, says this Mint report.