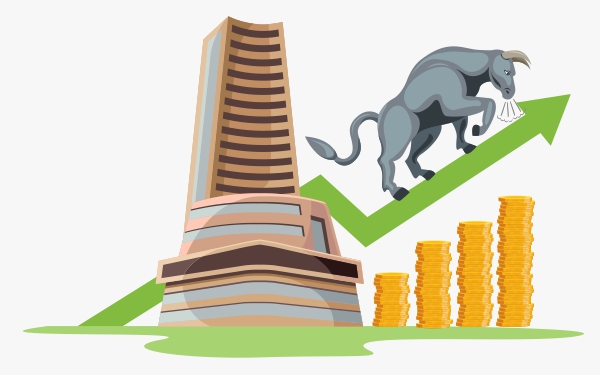 When it comes to talking about IPO, all eyes this week on fintech giant Paytm - stock market watchers were left open-mouthed as investors in India’s pet decacorn (company that’s valued at more than USD 10 Million) suffered a stunning loss of USD 900 Million at its debut and India’s biggest ever listing.

What’s also grabbed headlines, however, is the spectacular returns provided by the SME IPOs on the Bombay Stock Exchange (BSE) - over the past seven months, the BSE SME Index has quintupled or grown by 400 times, in this case, 440%, causing investor wealth to expand by five times, say media reports. The SME bourse also performed better than the mainboard (meant for bigger companies), which provided 97% returns.

Over the past year, while the mainboard has seen 51 listings, the SME board was not far behind with 40 issues.  Even as the capital raised through the sale of equities on the SME IPO board was a modest INR 500 Crore, what has shocked financial market experts is the rate of returns on investment in the SME IPO bourse.

Citing an example of credit management firm EKI Energy, the  Hindu Business Line report says that in April this year, the INR 19 Crore worth IPO sold stocks worth INR 102. Today, the price has increased to INR 2,900, a gigantic leap of 2743%.

The BSE launched its SME platform in 2012 to offer opportunities for small businesses to explore an alternate source of capital. The SME IPO Index, which tracks SME IPOs for a year after listing, is a collaboration between the BSE and international rating agency Standard and Poor. Since its inception, the BSE’s SME platform has witnessed a returns rate of 70%, ten times more than the mainboard during the same period.

The picture is, however, not always as perfect. Despite their high return rate, SME stocks tend to be more volatile. Take, for instance, the fact that 40 listings on the SME IPO board have fallen below their list price over the past year.

This could happen due to many reasons - poor due diligence about the company's viability and liquidity crunch prompted by investor fear’s about the ability of the SME to power through cyclical downturns, says this article. Further, large companies are wary of investing in smaller ones that have low revenues and profits, but high risk as they lack the ability to expand their scale of operation, making them dependent on a smaller customer base, the report says.

It does not help that SMEs themselves prefer to raise money through the private market which does not have as many restrictions and the public listings, heavily regulated by the Stock Exchange Bureau of India, the report adds.

An indisputable fact, however, is that SMEs that have hit the IPO sweet spot have robust investor confidence, making them ‘stable wealth generators’. A report in Business Standard says that over the past 9 years, 353 companies listed on the BSE SME Platform have raised INR 3732 Crores from the market with a total market capitalisation of INR 40,716 Crores. Out of 353 companies, 122 have migrated to the BSE mainboard - a sign of maturing of the SMEs, which is the main intent of the public listings.

To increase awareness about the advantages of SME IPOs, the BSE this month inked a pact with the All India MSME Association (AIMA SME). As per the terms of the agreement, AIMA MSME will provide guidance to the BSE in evaluating the SMEs listed on its board, and help the BSE improve investor confidence about small and mid-cap stocks in investor circles. BSE and AIMA MSME will conduct roadshows across the country to propagate the benefits of raising capital through equity among the MSME community, says the Business Standard report.

Apart from BSE’s SME platform, India’s other bourse, the National Stock Exchange also has an SME IPO board known as the NSE Emerge, with 216 SMEs listed so far.