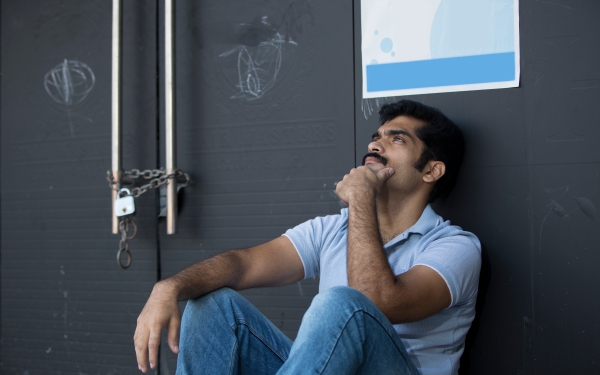 What MSMEs need from Atmanirbhar Bharat

The government had already anticipated COVID-19’s deathly blow to India’s fragile MSME sector it would seem, as MSMEs were the main focus of the slew of financial incentives announced under the Atmanirbhar Bharat Abhiyan.

In the first tranche itself, three MSME focused funds (Emergency credit, subordinate credit and fund of funds) received INR 3,70,000 lakh crore funds. In a major policy shift, the government also changed the definition of MSMEs, from an investment in plant and machinery based criteria to a turnover one.

The post-reform reality, however, paints a different picture. If the aim of Atmanirbhar Bharat is to create a self-reliant nation and MSMEs are to be the engine of such a growth, there should be a change in mindset, from mere month-to-month survival to planned expansion that is able to absorb sudden shocks like the pandemic. That is not possible without focused policy intervention and institutional support. The first step to delivering both is identifying the right beneficiaries.

This analysis shows that the change in criteria of MSME definition has caused several larger firms to take advantage of the stimulus package, while pushing out smaller ones out of the relief ambit, simply because they no longer qualify. To receive financial aid, one must register with government agencies. Considering that 95% of MSMEs are micro units and 90% are proprietary concerns (medium sized firms form just 0.2% of the units), ‘the new definition adds to pre-existing disparities and pushes small firms further away’, the authors say.

Despite the change in definition, MSMEs are still not identified separately under statutes such as the Companies Act, making it all the more difficult to deliver government schemes, says this article. The Udyam registration portal, an attempt by the government to formalize the MSME sector is taking off, but there is still ‘information asymmetry’, as many MSMEs are not aware enough to take advantage of it.

Another stumbling block toward formalization is the banking attitude toward MSMEs. Even before the pandemic, MSMEs were struggling with stress and sickness, brought on by delayed payments from larger corporates and PSUs and access to low interest credit. They however, resort to money lending or gold loans, rather than approach banks as the amount of paperwork and levels of scrutiny is cumbersome and intimidating.

Even though the Atmanirbhar relief package has laid out plans for loan restructuring and offered collateral free loans, banks are hesitating to lend to MSMEs, as they fear their loan books going bad. The trickle down effect of lifeline credit, therefore, is not reaching the most needy units.

The solution to the credit paralysis is not pushing government banks to lend more to MSMEs, but to create a fertile credit environment by introducing competing private players and expanding the equity market, heretofore heavily regulated by the Securities and Exchange Board of India.

Coming to the Atmanirbhar package itself. In June, Telangana IT and Industries Minister K T Rama Rao made headlines when he wrote to the Finance Minister, saying that the ‘impact of the package was minimal’ for the MSME sector reeling under the weight of the pandemic. MSMEs in the state did not find anything attractive in the Emergency Credit Line Guarantee Scheme (ECGLS), and the ‘one-size-fits-all’ approach was not working, he said. Government data supports this -  ECGLS and the Subordinate Debt Scheme have disbursed lower amounts than allocated - mainly because of the way the terms and conditions are framed.

Credit is only one aspect of the MSME crisis. Despite new mechanisms in place for grievance redressal like the MSME Samadhan portal, MSMEs may prefer carrying on with business rather than haggling it out. This may be because of two reasons - one, they fear influential PSUs who default on payments, or two, they are on survival mode and cannot waste already scarce working capital on dispute resolution.

The pandemic has brought forth the ills of depending on imports for raw materials - in the absence of a robust component manufacturing ecosystem, there is little else an MSME can do other than cough up high raw material costs. Only when these basic pain points are addressed, can there be focus on innovation and growth.

In the end, it all boils down to creating an MSME focused policy and regulatory framework that addresses the sector as a heterogenous rather than homogenous entity. Tax breaks and financial incentives (without terms and conditions) delivered as part of a long term vision than a short term band aid is the need of the hour.

MSMEs fear formalisation. Their only hope to Atmanirbharata is for the government to alleviate this fear by removing procedural complexities, not adding to them.