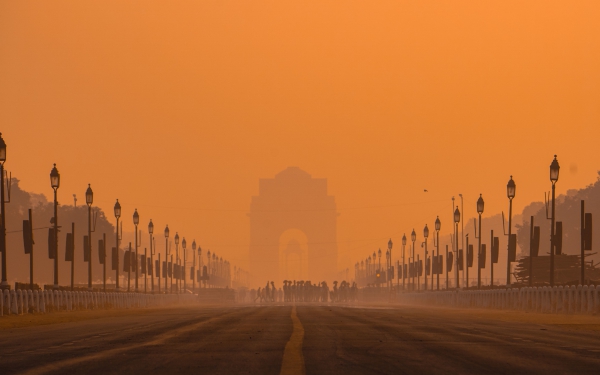 Make in India - A Success or a Failure?

Make in India, launched by the Central Government in 2014, was more than a mere campaign. It was also an attempt to iron out a crease in the nation's economic history. In retrospect, it aimed to deal with the consequences of transitioning from an agrarian economy to a service-driven one without paying adequate homage to the secondary sector. While the program marks a bold venture to make India a global manufacturing hub staunchly advocating for ‘Vocal for Local’, its report card is often viewed through a lens of deep political mistrust. As Make in India completed its seventh year last September, here is a humble endeavor at assessing the wins and losses along the journey.

Make in India has its fair share of critics, with their discourse sharpened in the context of the crippling economic slump at the heels of the COVID-induced disruptions over the last 24 months. Viewed objectively, they are not entirely wrong! The program, starting with the aura and the grandeur of an epoch-making initiative, targeted 25 industrial verticals, manifesting the tripartite objectives to boost manufacturing growth at 12-14% per annum, add 100 million manufacturing jobs to the economy by 2022 and elevate the sector's contribution to GDP to 25% by 2025.

However, the ground realities have deviated from the expectations, as the country has experienced a consistently muted growth in investment with a prominent adverse impact on the manufacturing sector. Further, over the years, the performance of the Index of Industrial Production (IIP) for manufacturing has been less than impressive and owing to the recent slowdowns, there have been substantial job losses in the sector, especially across the Indian MSMEs. The reasons given are multifaceted, ranging from excessive reliance on FDI, overestimation of the Government's implementation capacity, policy paralysis, a blatant lack of competitive advantage, and investment crunch, to the rise of trade protectionism worldwide. There is no denying that problems do persist!

However, this does not falsify the idea behind Make in India, nor does it negate the necessity to build a robust manufacturing base locally if we wish to become a global economic and geopolitical force to reckon with. The call to build an Atma Nirbhar Bharat embodies the hard learnings from the past and during the pandemic. Over the last seven years, the vision to Make in India has paved the pitch to set the ball rolling, albeit slow but at a steady pace. Perhaps the most noticeable outcome of this is the dramatic rise of India in the World Bank's Ease of Doing Business Index, from 142nd in 2014 to 63rd position in 2020 and now with a plan to break into the top 50s.

It is by no means an isolated incident as India has taken bold strides in opening up a wide array of industries to private investments, including highly conservative ones like the Defense, where currently FDI up to 74% is allowed through Automatic Route and 100% by Government Route. Industries, like Space, are in line with apparent implications for developing a radiant manufacturing ecosystem within India's borders. Here it is pertinent to mention that one of the leading electronics businesses worldwide recently inaugurated its largest mobile phone manufacturing plant in Noida. The company is in the long line of businesses interested in or already opening shops in India. The wave of transition is supported by an unwavering sovereign focus on fostering R&D in national priority areas, with the Budget 2021-22 bringing significant fiscal tailwinds for promoting science, technology, and innovation in the country. As if in recognition of the endeavors, India's first indigenously designed and developed aircraft carrier IAC-1 took to the high seas this year.

However, Make in India's sustainable and inclusive promotion is a pipe dream without having our 6.3 crore MSMEs on board. To facilitate recovery, GOI has administered definite policy interventions, including upto ₹ 3 lakh crore collateral-free automatic loans for MSMEs to cover the cost of operations and business revival, revision of MSME definition, mandatory domestic sourcing for procurements up to ₹ 200 crores, and cleaning MSME invoices by PSUs within 45 days. These policy measures are further covered by a comprehensive list of schemes tailored for MSMEs. For instance, GOI currently provides upto 80% subsidy in implementing Zero Defect & Zero Effect (ZED) practices in MSME manufacturing as part of Make in India.

While a one-word answer on the dividends of Make in India remains elusive, it is noteworthy that the country stands resilient, despite the setbacks. Beyond its statistics, the program is an acknowledgment of the economic imperatives and debt to posterity that must be paid, should we hope to claim our position as a global leader.