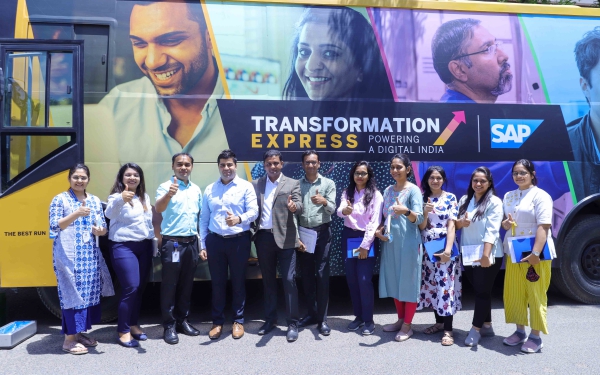 Nestled on the banks of the gently lapping waves of the mighty Sabarmati river, the city of Ahmedabad is a microcosm of the great tapestry of humanity. Like all other metropolises that have flourished on waterfronts ever since the dawn of civilization, the city has been a diligent host to history.

Ahmedabad has also distilled its role as an economic nerve center, unfettered by the ebb and flow of change in rulership in its seven centuries of existence, culminating in the crucial part it played in India’s independence. In a way that only a prosperous city can do, it upholds the kaleidoscope of art, architecture and culture with the power of its commercial success.

As the Transformation Express rode through the city’s expansive, well-connected roadways that unerringly mirror the modern imprint of digital technology in every sphere of its functioning, it is hard to miss how Ahmedabad has emerged as a zeitgeist of an unstoppable, modern India.

Famed for its luxurious textiles, diamond cutting and delectably flavourful cuisine with its signature sweet and sour taste, Ahmedabad is a city that propels into the future from the unshakable foundation of its past. It is unsurprising then, that as India’s first heritage city, it is also the home of some of the most flourishing businesses in the country - today, the cement, pharmaceuticals, petrochemicals and engineering industries thrive along with the city’s traditional strengths. 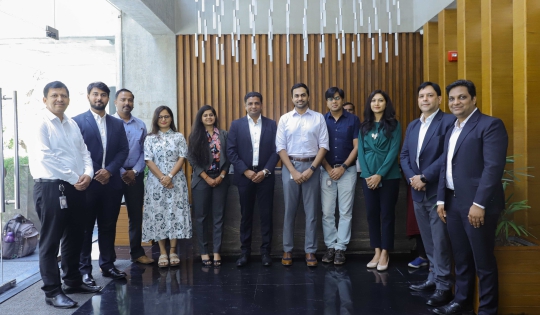 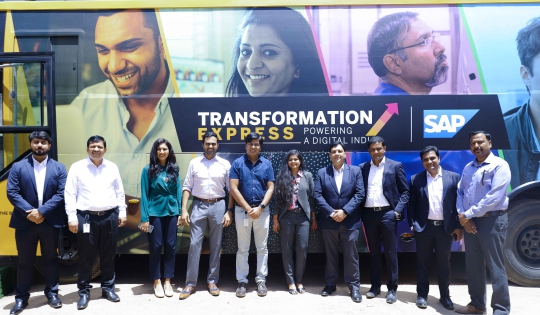 In a pleasant change to the usual agenda, the first stop of the Transformation Express was not at a customer’s office, but at Vishwakarma Government Engineering College. As one of Ahmedabad’s most coveted higher education institutions, it is only the creme de la creme that make it as students of this illustrious college.

The high caliber of critical thinking and intellectual spark was visible in the animated interaction of the students with the SAP team aboard the Transformation Express. The young men and women pursuing Information Technology and Computer Science showed special interest in the Mobile Experience Centre’s VR installation, as it gave them a thrilling foresight into the path they would soon walk as technology leaders of tomorrow.

In the crucible of biotech innovation

The second day got off to an energetic start with a customer visit to the offices of Meteoric Biopharmaceuticals Pvt. Ltd., one of the country’s leading exporters of biopharma products across more than 100 categories, including enzymes and enzymatic preparations, probiotics, nutraceuticals and animal healthcare. Mr. Gaurav Kaushik (Managing Director, Meteoric Biopharmaceuticals) explored the different solutions on the Transformation Express with his team. Mr. Sunmit Gadhavi (Director - Sales, Midmarket, SAP, India) led the tour.

A stimulating discussion on the future of digital tech

“We are right now at a sweet spot in digital transformation, as there is already some awareness, as well as implementation, not just in large enterprises that are already ahead of the curve but also among small and medium scale businesses. There is a lot of scope for MSMEs, as well as a lot of work to be done for MSMEs to be on par with the best businesses in the world - the awareness itself came just after Covid,” Mr. Shah said.

The ensuing panel discussion featured Mr. Tarang Bhargava (GMT IT, Adani Petrochemicals), who explained how the Adani subsidiary has benefited from SAP over the years, and Mr. Aditya Patel (Managing Director, M&B Engineering Ltd.), who enlightened the audience about the initial stages of the company implementing SAP, and how SAP products have transformed the business.

The evening wrapped up with a robust round of questioning from an inquisitive audience of entrepreneurs who were eager to know more about taking their businesses to the digital frontier.

The third day of the Transformation Express in Gujarat began with the hosting of government officials led by Dr. Jayshanker Odhavani (Deputy Secretary, Government of Gujarat) on board the Mobile Experience Centre, stationed at The Leela.

Dr. Odhavani was given a guided tour of SAP solutions that can aid in digital transformation of public agencies. SAP is no stranger to the workings of the public sphere, with several government departments imparting SAP technologies in their quest for modernisation. Officials from Gujarat Gas and Metro Services were also present as part of the delegation.

The best indeed is saved for last, as the Transformation Express made its way to SAP’s high priority customer, Adani Group at the imposing Adani House in Ahmedabad. The SAP team had the privilege of hosting the illustrious delegation from the company, headed by Mr. Anil Saldhana (MD and CEO, Adani Transmission), and Nitin Rohilla (Chief Information Office, Adani Power).

Speaking of the long-time partnership between Adani Group and SAP, Mr. Rohilla said, “Adani Group is an old-timer with SAP. We both run parallel in running innovations in this area (of digital transformation). There are hundreds of areas where Adani Group has implemented SAP solutions like Ariba.”

Speaking of the most notable experience aboard the Mobile Experience Centre, Mr. Rohilla said, “The AR/VR experience showed how turnaround time in a complete process that connects various dots can be reduced. It was good to see how we can reduce time consumption and improve customer experience. There are opportunities where these solutions can be utilized, either at our customer business at the airport or our electricity business at Mumbai.” 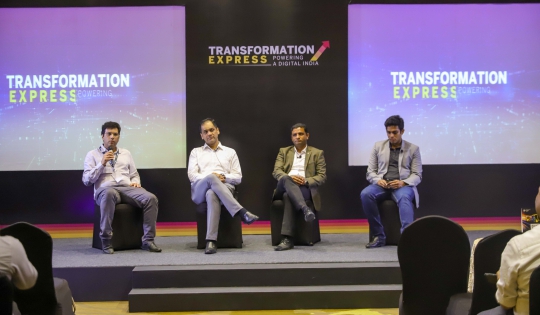 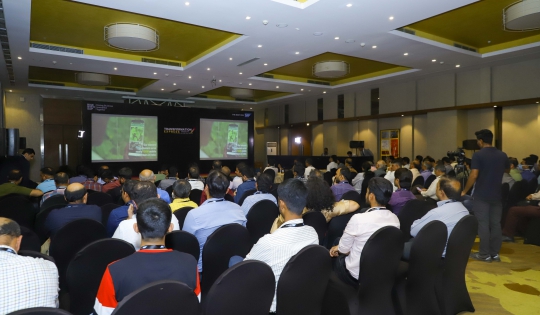 With a warm goodbye and fond memories, the Transformation Express headed to India’s maximum city Mumbai.

The drive to bring latest cloud solutions to customers, provide a unique experience and showcase the transformative power of technology continues.