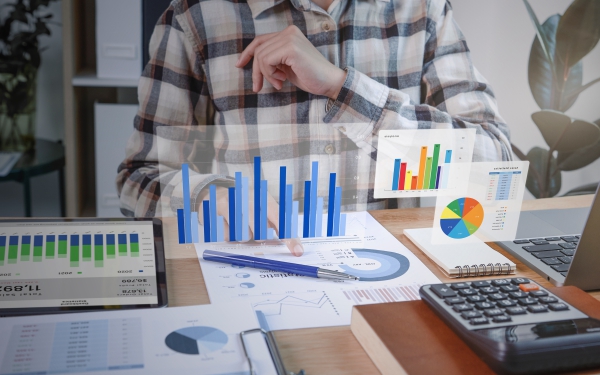 How bad banks are impacting MSMEs

The government, bankers, and regulators are gearing up to deal with the slew of additional non-performing assets (NPAs) resulting from the vagaries of the Covid pandemic and related lockdowns. NPAs stood at 8 per cent at the beginning of the pandemic and are expected to increase significantly. The central government built NARCL (National Asset Reconstruction Company Ltd.) - a bad bank facilitating the transfer of bad loans from PSBs (Public Sector Banks). Concurrently, the RBI (Reserve Bank of India) undertook one of the most significant transformations of Asset Reconstruction Companies (ARCs) rules. As of April 2021, the Insolvency and Bankruptcy Code has also been revised to include a pre-packaged insolvency resolution, which enables jumpstarting the bankruptcy process before actual default minimizing business disruption for MSME debtors. In September 2021, the government approved a government guarantee of Rs 30,600 crore for NARCL laying the foundation for starting operations of the bad bank.

A bad bank is a financial reconstruction vehicle that buys the stressed assets/NPAs from banks at a predetermined price, restructures them, and sells them to investors, thus recovering the money over a period of time. Bad banks were established as per the Budget 21-22 to resolve bad loans approximately worth Rs 2 lakh crore. When PSBs land up with a large volume of NPAs, a significant portion of their resources are devoted to reducing losses. Consequently, they become more risk-averse and are reluctant to service borrowers. This is especially challenging for businesses that depend on loans during times of financial crisis. The introduction of bad banks will also influence the operations of Asset Reconstruction Companies (ARCs), which have historically been buying loans from defaulting banks and corporates. As PSBs increasingly take the assistance of bad banks for their bad debts, ARCs will shift their focus to MSMEs.

NARCL is expected to dominate the large corporate market, given its mandate and efficient access to capital. According to a recent report, ARCs have been experiencing a contraction of assets under management with a 4 per cent contraction in FY20 and a 1 per cent contraction in FY21. Traditionally, banks sold their NPAs to ARCs and used security receipts issued by the ARCs to fund the purchase. These security receipts entitled the banks to a portion of the recovery proceeds. Even before the introduction of NARCL, specific RBI guidelines made it challenging for banks to facilitate this process with the ARCs, which implied that the ARCs’ share of loan purchases had already been shrinking. These macro conditions compel ARCs to focus more heavily on stressed accounts in the retail and MSME segment.

The establishment of the NARCL bad bank will eliminate stressed assets from the various PSBs’ books, enhancing their lending capabilities, which will help banks finance MSMEs to a greater extent. The ARCs acquisition of MSME loans and subsequent monetization of these stressed assets will also help the MSMEs improve their financial profile by removing stressed assets from their balance sheets and tide over the challenges brought on by the pandemic and the ensuing lockdowns.