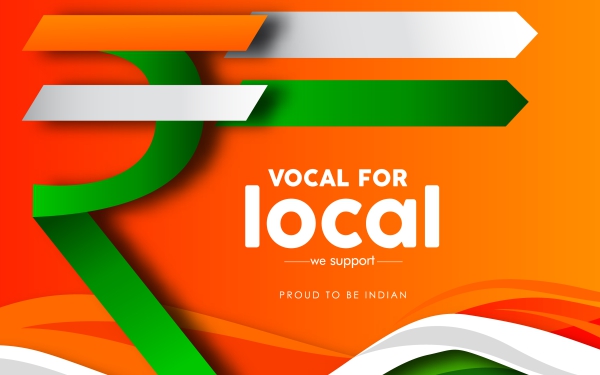 Atmanirbhar Bharat - a gamechanger for the Indian economy

On May 12, 2020, just at the cusp of Unlock 1.0, Prime Minister Narendra Modi announced to a tensed nation a behemoth campaign that would build the road economic recovery - the Atmanirbhar Bharat Abhiyan.

Termed officially as the ‘Prime Minister’s vision for a self-reliant nation’, the campaign was announced to rejuvenate and catapult a COVID-19 embattled India into modern, tech-led growth. The blazing path to self-sufficiency would rest on the strength of five pillars - an economy that takes quantum jumps, infrastructure that represents modern India, technology-driven systems, a vibrant demography and a growth fuelled by the power of domestic demand and supply.

While vociferously being ‘vocal for local’, in the true Indian spirit, Atmanirbhar Bharat would not only Make in India, it would ‘Make for the World’. Thanks to its omnipresence in news cycles after the PM’s pitch, Atmanirbharata was declared Oxford Dictionary’s Hindi word of the year.

As an economic defibrillator, the campaign drew appreciation. To jumpstart the economy on priority, a massive, five tranche economic stimulus package worth INR 20 Lakh Crore was announced under the Atmanirbhar Bharat umbrella. The World Bank lauded the government for delivering aid to vulnerable sections of the society. The International Monetary Fund said that the economic package ‘has supported the Indian economy and mitigated significant downside risks’.

As an idea, however, Atmanirbhar Bharat was received with skepticism. Political commentators labeled it as a distraction to hide the failure in managing the pandemic.  Some critics called it an attempt to rehash Mahatma Gandhi’s Swadeshi movement and repackage the ‘Make In India’ programme launched in 2015. Others have said that it was protectionist, as it deftly cloaks import substitution under self-reliance, and have questioned the the government to define what the rationale of the campaign clearly is, rather than what it is not (based on the government’s defense that it was not ‘inward looking or economic nationalism’). Yet others have said that the campaign was mobilised without economic reasoning, policy consultations or deliberations, allowing each ministry and department to interpret what it meant in its own way.

A sharp criticism that came almost immediately was about government expenditure - a key propellant for stimulating growth. Despite the promise of allocating 10% of the GDP on the stimulus package, the government was not increasing expenditure proportionately - at best, even after the fifth and final tranche of the stimulus was announced, only 1-2% of the GDP would come out of the fiscal deficit conscious government’s pocket, experts said. In this light, the unanimous view from multiple quarters was that the government was looking to push growth through regulatory reforms rather than fiscal means.

What critics are overlooking, however, is the true potential of the programme to accelerate the transformation of India’s manufacturing landscape. In the one year since it was announced, a little over 70 schemes have been approved for implementation under the Atmanirbhar umbrella - several of which are focused on ramping high-growth sectors with significant MSME presence, like defence, electronics and food processing. The Production Linked Incentive Scheme announced across 13 key sectors to create ‘national manufacturing champions’ and boost domestic manufacturing has especially received praise for the way it is structured - finally, we have a policy that focuses on bolstering competitiveness, the surest path to self reliance.

The dissonance of addressing short-term crises with long-term measures could have sparked the outcry against Atmanirbhar Bharat as nothing more than a mere gimmick. This is rather reductive. With Atmanirbhar Bharat, the government has laid a roadmap to overcome the inherent weaknesses in the economy, such that it can withstand large scale uncertainties in the future, like the pandemic.

While the vision for a self-reliant India may be in the right place, what perhaps needs greater clarity is the means to get there. The first among many steps, would be to undo a lot of the regulatory hassles that the present government itself imposed over the past six years, despite its battle cry of ‘minimum government, maximum governance’. We have policy hits, like the PLI scheme, and misses, such as the silence on what will be done to formalise the informal sector that runs 90% of the economy -  again, led by MSMEs.

As the economy cautiously recedes from the pandemic, the programme has true potential to emerge as a game changer for India, provided structural malaises are addressed and protectionist tendencies are curbed. The government must tackle implementation challenges head on to bolster the programme as a much needed economic reform.

In part two of the series, we will look at what MSMEs need from the Atmanirbhar Bharat programme.